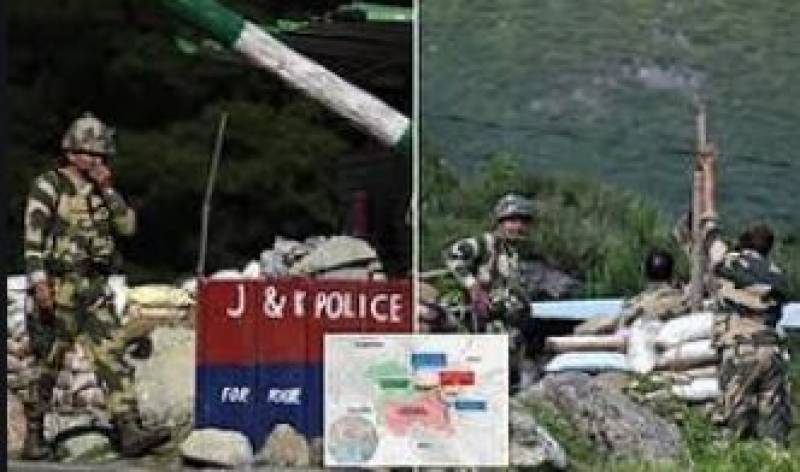 New Delhi (Web Desk): At least 20 Indian soldiers were killed in 'violent face-off' with the Chinese army in Ladakh, the India media reported on Tuesday quoting the Indian army.

According to reports, the Indian army has acknowledged that its twenty soldiers have been killed in clashes with Chinese troops at the disputed border site in Ladakh's Galwan Valley on Monday night.

As per the earlier reports by the Indian media, three troops, including an officer and two soldiers were among those killed near the Line of Actual Control (LAC).

"Stop all provocative actions, meet the Chinese side halfway and come back to the right path of solving disputes through talks," Zhang said.

"China always owns sovereignty over the Galwan Valley region, and the Indian border defense troops are inconsistent with their words and seriously violated the agreements both countries have reached, the consensus made during the army commander-level talks and harmed the relations of the two militaries and the feelings of the two countries’ peoples," he added.

On Saturday, top Chinese and Indian military officials held high-level talks on to resolve the latest border standoff between the two nuclear-armed neighbours.

On May 5, border clashes between the two sides started at the Galwan valley in Ladakh, followed by Nakula pass in India’s northeastern Sikkim region three days later.

China claims territory in India’s northeast, while New Delhi accuses Beijing of occupying its territory in the Aksai Chin plateau in the Himalayas, including part of the Ladakh region.

In 2017, the two armies were locked in a 73-day standoff in the disputed Doklam plateau near Sikkim, over the construction of a road by the China.

It is pertinent to mention that there have been long-running border tensions between the nuclear-armed neighbours, with a bitter war fought over India´s northeastern-most state of Arunachal Pradesh in 1962.