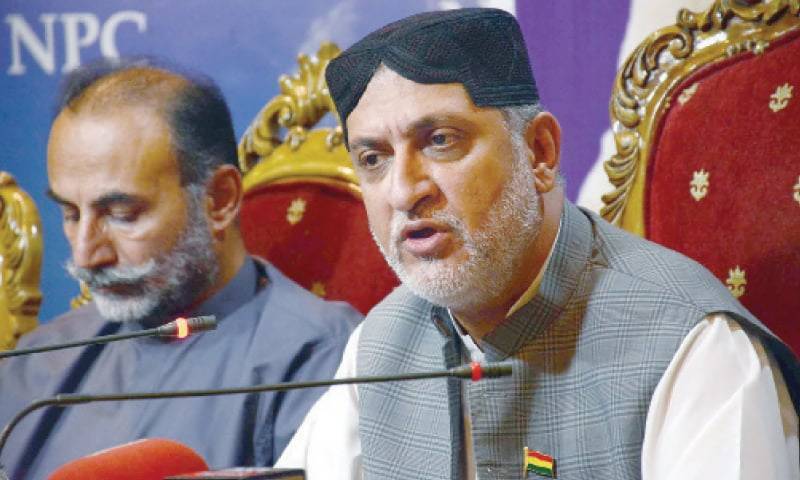 “Today, I announce in the Parliament the separation from PTI’s alliance,” said Mangal while addressing the National Assembly.

However, he clarified that they will continue to be part of the National Assembly and keep talking about their problems.

Akhtar Mengal added that the PTI had signed two agreements with the party at the time of government formation after the 2018 elections and later during the presidential elections, but not a single point of the accord was implemented.

"If our demands were illegal and unconstitutional then we are ready to face even death. But then all those who have put their signatures on these accords should also face the same," he said.

BNP-M had agreed to support PTI for the formation of government in Centre after the general elections in July 2018.

A six-point deal was signed between the BNP-M and the PTI.

The six points of the deal included recovery of missing persons, implementation of the National Action Plan, implementation of six per cent quota for Balochistan in the federal government, immediate repatriation of Afghan refugees and the construction of dams in the province to resolve the acute water crisis.

"We hope that joint efforts would be made to address the challenges being faced by Balochistan," Mengal had said, adding that the people of Balochistan had been facing difficulties for the past 70 years.

The BNP-M is represented by four MNAs in the National Assembly and has one seat in the Senate.