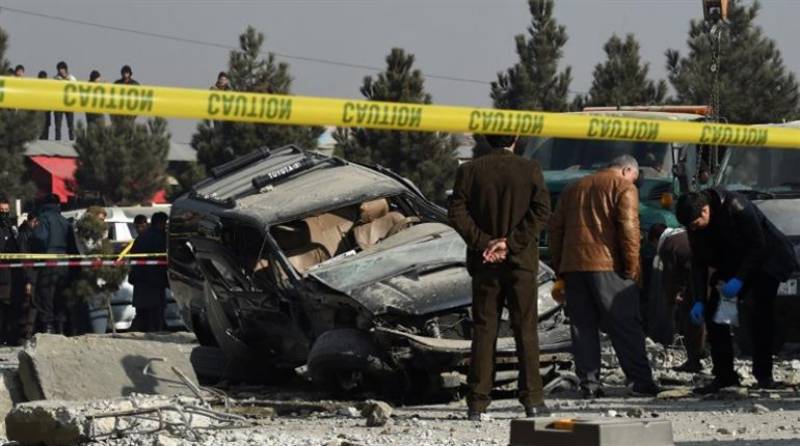 Kabul, Afghanistan (Reuters): At least one soldier killed dozens injured as a suicide car bomb detonated near an army base in the eastern Afghan province of Khost on Friday, before the army repelled at attack on the base by four gunmen, the district chief said.

Akbar Zadran, the chief of Sabari district, said that the blast, 50 meters (yards) from the base, was heard several miles away and damaged several shops, homes and a school.

Zadran further stated that four gunmen attacked the base but were killed after an hour-long gun battle.

The Taliban claimed responsibility for the attack in a statement, and said that it had caused heavy casualties. The Islamist movement often exaggerates casualties caused by its operations.

The attack follows an assault on a military air base in Khost province last week, and comes just ahead of the normal start of the spring fighting season, when Taliban insurgents and the Afghan army step up operations.

The Afghan government controls less than 60 percent of the country after territorial gains by the insurgents since NATO-led forces ended their combat operations at the end of 2014.

U.S. and Afghan officials have warned about increased fighting this year as the Taliban look to widen their influence.

The Taliban are seeking to expel foreign troops, defeat the U.S.-backed government and re-impose Islamic law after their 2001 ouster.

The head of U.S. Central Command, General Joseph Votel, and this month asked for more American troops to join the roughly 8,400 already stationed in Afghanistan to break the stalemate.