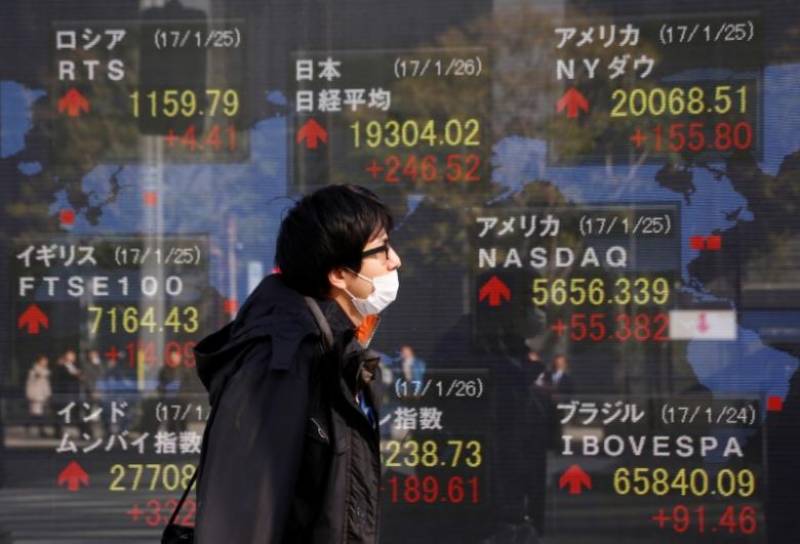 Singapore (Reuters): Asian stocks advanced on Friday and looked set for their best week since July, while the dollar extended a slide that began after the Federal Reserve indicated it was unlikely to speed up monetary tightening.

The dollar index, which tracks the greenback against a basket of six trade-weighted peers, retreated 0.2 percent to 100.18. It hit a five-week low on Thursday, and is down 1 percent for the week.

While the Fed raised interest rates by 25 basis points on Wednesday as widely expected, it kept its original forecast of three rate hikes this year, disappointing investors who were expecting a bump up to four after a string of upbeat US economic data. US Treasury yields, which slid after the decision, staged a recovery on Thursday and continued to rise on Friday.

The 10-year yield was at 2.5313 percent, from its last close of 2.524. "The story in global markets over the past 24 hours has centered on a broad-based tightening of monetary policy conditions (and the perception of future tightening)," Chris Weston, chief market strategist at IG in Melbourne, wrote in a note.

Markets are also keeping an eye on the Group of 20 finance leaders' meeting in Germany this weekend, where topics including protectionism, exchange rates and reforms to boost economic growth are expected to be on the agenda.