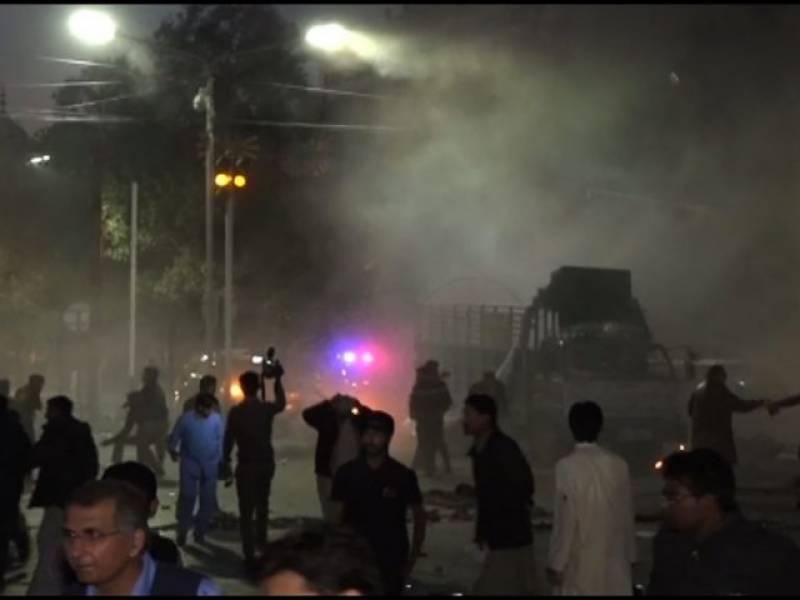 According to CTD Punjab spokesman, CTD personnel on the revelation of Anwaar-ul-Haq, the main suspect of suicide blast at Charing Cross Lahore, conducted a raid at a plaza near Darbar Shah Muhammad Ghaus, Circular road and arrested his four accomplices / facilitators who had assisted Anwaar-ul-Haq.

The arrested suspects are – Irfan Khan, Atta-ur-Rehman, Abdullah and Imran – belonging to Mohmand Agency and Bajaur.

The terrorists have been shifted to unknown place for interrogation.