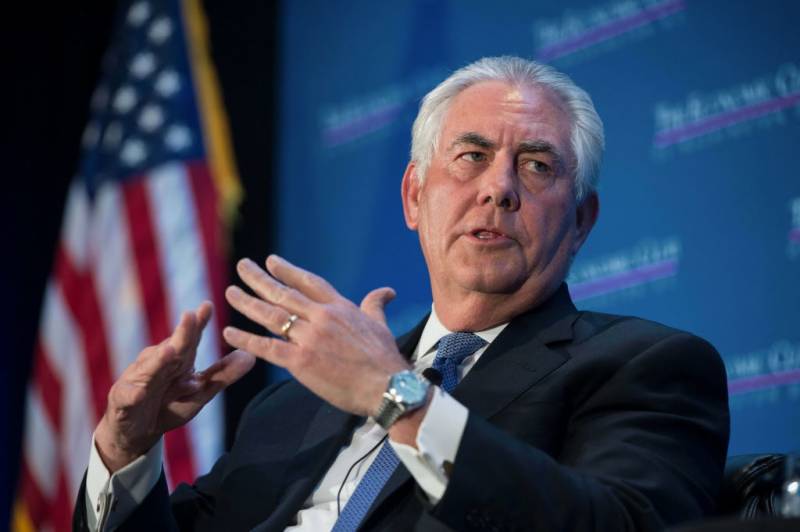 Seoul: The holidays are over for North Korea and with Obama gone there won’t be any strategic patience for North Korea warns U.S. Secretary of State Rex Tillerson. He was emphasizing the need for a new approach to deal with the growing North Korean nuclear threat that would include more aggressive actions.

While his stay in South Korea Friday, he said, “Let me be very clear the Policy of Strategic Patience has ended. We are exploring a new range of diplomatic, security and economic measures. All options are on the table.”

In his first official trip to Asia this week, Tillerson - a former oil executive with no prior diplomatic experience - is visiting North Korea’s key neighboring countries: Japan, South Korea and China.

President Donald Trump’s newly appointed top diplomat flew into the U.S. Osan military airbase Friday morning where he met with the commanders of the U.S. Forces in Korea before visiting the heavily fortified Demilitarized Zone (DMZ) along the inter-Korean border, established by an armistice agreement signed at the end of the Korean War in 1953.

After meeting with Acting President Hwang Kyo-ahn and South Korean Foreign Affairs Minister Yun Byung-se, Tillerson reiterated what he said in Tokyo Thursday; that diplomatic efforts of the past 20 years have failed, and that the $1.35 billion the U.S. provided North Korea in past assistance “as encouragement” did not work to persuade the leadership in Pyongyang to give up its nuclear ambitions.

Starting in the 1990s, the U.S. provided food aid and fuel oil shipments as part of a nuclear freeze deal that fell apart after it was learned Pyongyang was violating the agreement by secretly operating a uranium enrichment program