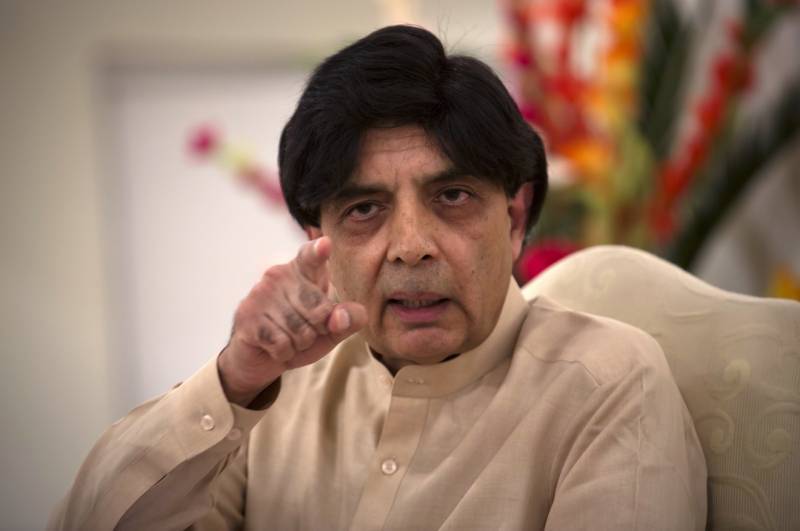 While addressing a press conference on Saturday Nisar said that he had advised Nawaz Sharif not to confront with the state institutions.