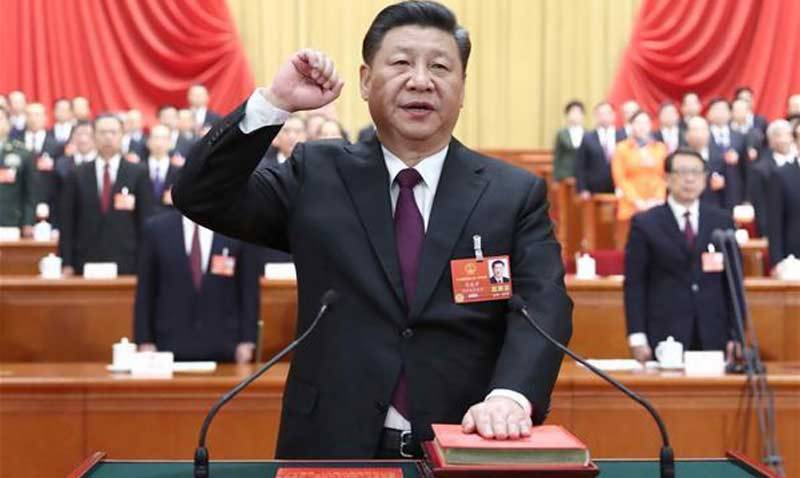 "I pledge my allegiance to the Constitution of the People's Republic of China (PRC) to safeguard the Constitution authority, fulfil my legal obligations ..." Newly elected Chinese President Xi Jinping took the solemn oath in Beijing.

This was the first time for a Chinese president to take a public oath of allegiance to the Constitution, the fundamental law of the country, upon assuming office.

Xi was elected Chinese president and chairman of the Central Military Commission of the PRC earlier Saturday at the ongoing first session of the 13th National People's Congress, the national legislature.

Following a chorus of the national anthem sung by all present, Xi, 64, took the podium, placed his left hand upon the Constitution, raised his right fist, and recited the oath.

"[I pledge to] be loyal to the country and the people, be committed and honest in my duty, accept the people's supervision and work for a great modern socialist country that is prosperous, strong, democratic, culturally advanced, harmonious, and beautiful," said the president.

The oath-taking ceremony was held just six days after the national legislature added oaths of allegiance into the newly-amended Constitution Sunday.