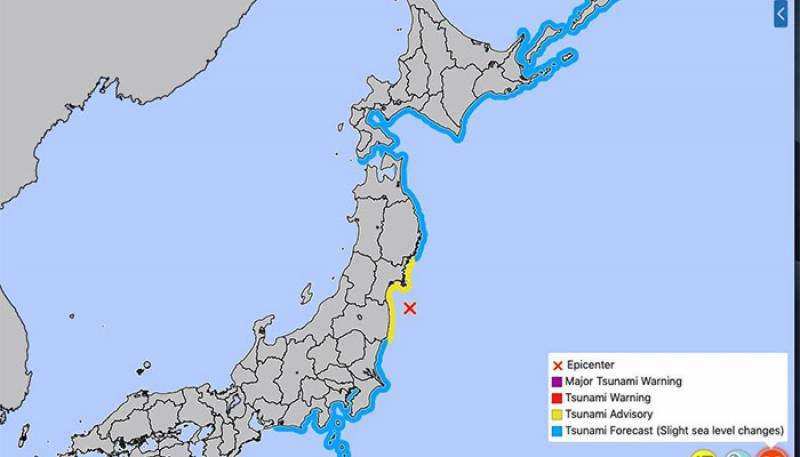 Tokyo (Web Desk): At least four people were killed and over 100 were injured after a 7.3-magnitude earthquake hit eastern Japan late Wednesday night.

The quake hit off the coast of Japan’s eastern Fukushima prefecture at a depth of 60km, a region devastated by a powerful quake and tsunami 11 years ago that resulted in a nuclear power plant meltdown.

Immediately after the event, Japan's meteorological agency issued an advisory for tsunami waves of one metre (3.3ft) for parts of the north-east coast, but was withdrawn on Thursday.

Local electricity providers said about 700,000 homes in Tokyo and 156,000 in Japan’s north-east had been left without power immediately after the shock, but supplies have since been restored to many households.

Japanese Prime Minister Fumio Kishida later said “no abnormalities” had been detected at any of the country’s nuclear plants.