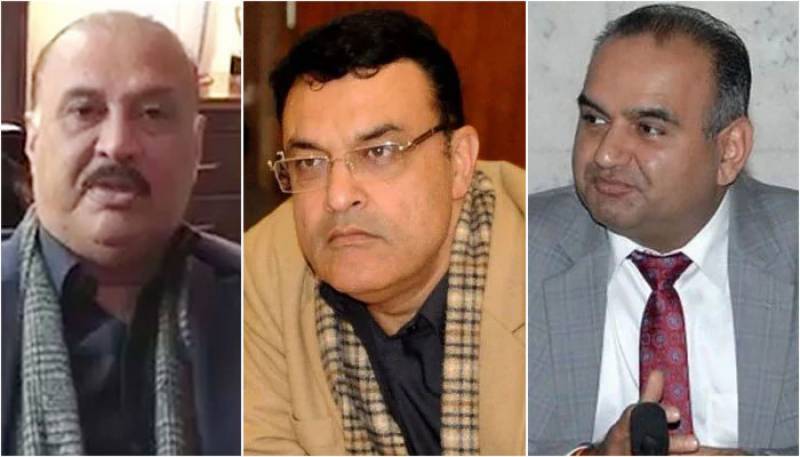 Karachi (Web Desk): Pakistan Tehreek-e-Insaf's (PTI) Member of National Assembly (MNA) Raja Riaz, who belongs to the disgruntled Jahangir Tareen faction of the party, claimed on Thursday that around 24 MNAs of the ruling party were staying in the Sindh House.

Raja Riaz, along with three other MNAs, including Malik Nawab Sher Waseer, Noor Alam Khan and Basit Sultan came out in open after the media reports that several the disgruntled MNAs were present inside Sindh House who would vote against Prime Minister Imran Khan in no-trust motion against him.

Speaking to newsmen to newsmen, Raja Riaz said that the MNAs shifted to the Sindh House as they were not feeling secure at the Parliament Lodges where Islamabad police launched operation on March 10.

He said that the media and the nation knows that the police attacked the lodges and our opposition MNA was tortured and taken to the police station.

After that, we, those who had been dissenting for a long time against inflation, corruption, the SAPMs and the lawlessness, and had been raising our voice in front of Imran Khan, felt that the incident that happened in the Lodges could also happen with us. Therefore, we are here," Raja Riaz said.

Another MNA of PTI, Noor Alam Khan, said that he was "very disappointed" to know of allegations being levelled against dissident lawmakers.

He appealed to the chief justice of Pakistan, chief justice of Islamabad High Court, chief election commissioner and the Islamabad district administration to ensure that every MNA, irrespective of who he wants to vote for, is provided protection to reach the National Assembly for the no-confidence vote.

When asked whether he would go the parliament on the day of voting, Noor Alam replied, "Definitely. It is my right."

Meanwhile, MNA member Ramesh Kumar, who is also staying at the Sindh House, has announced that he has parted ways with the PTI.

Kumar has claimed that three federal ministers have quit the ruling PTI. He, however, did not reveal the names of the ministers.