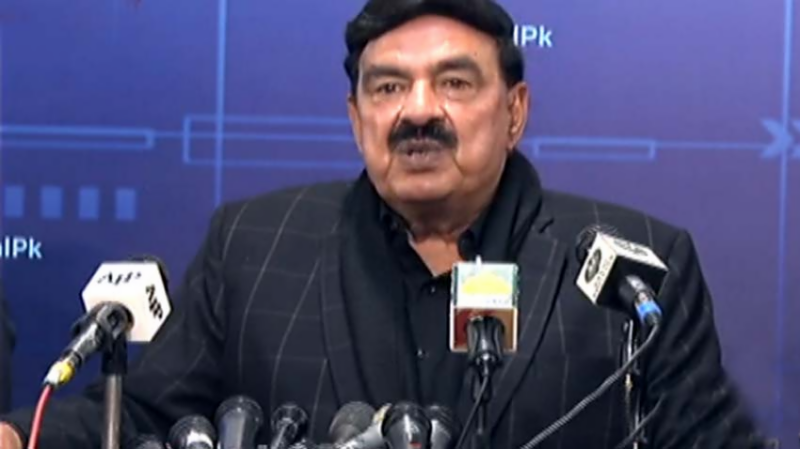 Talking to newsmen in Islamabad, the minister said that 'horse-trading' is being carried out openly in Sindh House.

He said that trading the conscience of the people with money was a conspiracy against democracy.

"No action would be taken at the Sindh House, adding that the people who went to Sindh House against the government have been exposed," the minister said.

Sheikh Rashid said that said the session of the National Assembly could be called on March 21 while the government has announced holidays in the capital on March 21, 22 and 23 in view of the Organisation of Islamic Cooperation (OIC) summit.

"After March 25, it will be Sheikh Rashid, the media and Imran Khan's support," he said.

Referring to the PTI's planned rally at Islamabad's D-Chowk, the minister said that there will be a sea of people on the March 27.

Rashid's comment came as the political temperature in the country rises ahead of the vote on the no-confidence motion, which has been tabled by the Opposition to oust Prime Minister Imran Khan.

Earlier on Thursday, Pakistan Tehreek-e-Insaf's (PTI) Member of National Assembly (MNA) Raja Riaz, along with three other MNAs, including Malik Nawab Sher Waseer, Noor Alam Khan and Basit Sultan came out in open after the media reports that several the disgruntled MNAs were present inside Sindh House who would vote against Prime Minister Imran Khan in no-trust motion against him.

Talking to newsmen, Raja Riaz said that around 24 MNAs of the ruling party were staying in the Sindh House.

He said that the MNAs shifted to the Sindh House as they were not feeling secure at the Parliament Lodges where Islamabad police launched operation on March 10.

Riaz said that the media and the nation knows that the police attacked the lodges and our opposition MNA was tortured and taken to the police station.

After that, we, those who had been dissenting for a long time against inflation, corruption, the SAPMs and the lawlessness, and had been raising our voice in front of Imran Khan, felt that the incident that happened in the Lodges could also happen with us. Therefore, we are here," Raja Riaz said.

On the other hand, the Pakistan Peoples Party (PPP) on Thursday accused the Pakistan Tehreek-e-Insaf (PTI)-led federal government of planning to attack Sindh House in Islamabad.