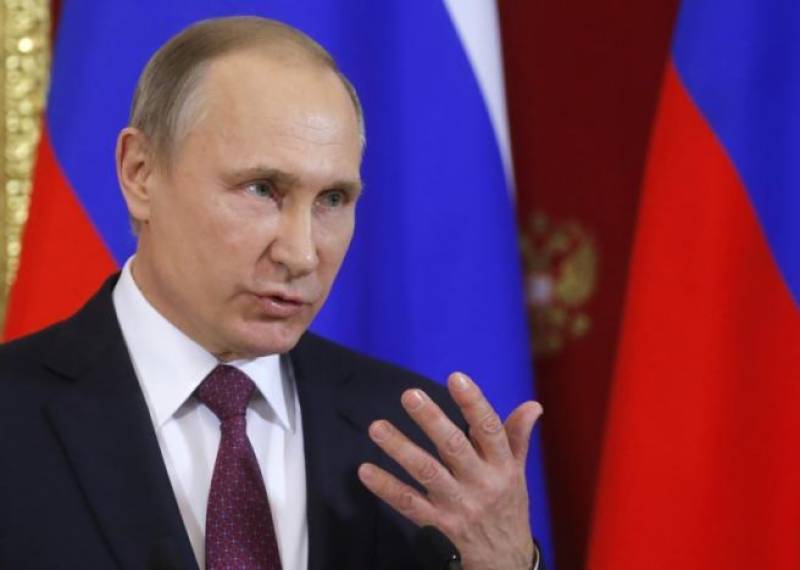 Moscow (Reuters): Russian President Vladimir Putin said on Wednesday that US President Donald Trump had not passed on any secrets to Russian Foreign Minister Sergei Lavrov during a meeting in Washington last week and that he could prove it.

Speaking at a news conference alongside Italian Prime Minister Paolo Gentiloni in the Black Sea resort of Sochi, Putin quipped that Lavrov was remiss for not passing on what he made clear he believed were non-existent secrets.

"I spoke to him (Lavrov) today," said Putin with a smile. "I'll be forced to issue him with a reprimand because he did not share these secrets with us. Not with me, nor with representatives of Russia's intelligence services. It was very bad of him."

Putin, who said Moscow rated Lavrov's meeting with Trump "highly," said Russia was ready to hand a transcript of Trump's meeting with Lavrov over to US lawmakers if that would help reassure them.

A Kremlin aide, Yuri Ushakov, later told reporters that Moscow had in its possession a written record of the conversation, not an audio recording.

Complaining about what he said were signs of "political schizophrenia" in the United States, Putin said Trump was not being allowed to do his job properly.

"It's hard to imagine what else can these people who generate such nonsense and rubbish can dream up next," said Putin.

Two US officials said on Monday that Trump had disclosed highly classified information to Lavrov about a planned Islamic State operation, plunging the White House into another controversy just months into Trump's short tenure in office.

Russia has repeatedly said that anti-Russian politicians in the United States are using groundless fears of closer ties with Moscow to sabotage any rapprochement and damage Trump in the process.