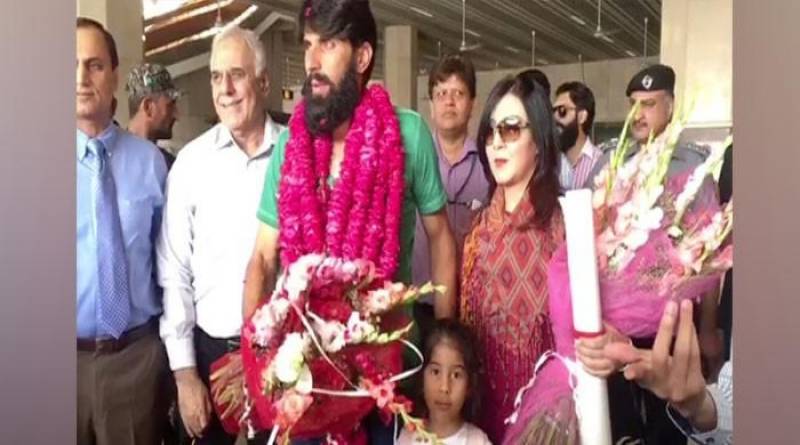 Misbah was at Lahore airport received by fans and top management from the Pakistan Cricket Board.

On his arrival, Former captain spoke to reporters and credited the team, coach, selectors and his family for his success.

He said, “My team, coach, selectors and my family played a very important role in my success,” he was happy and satisfied with the win against West Indies.

He said, “He has not decided what he’ll do in future as yet. There are a lot of options, I will decide what to do sometime later.”