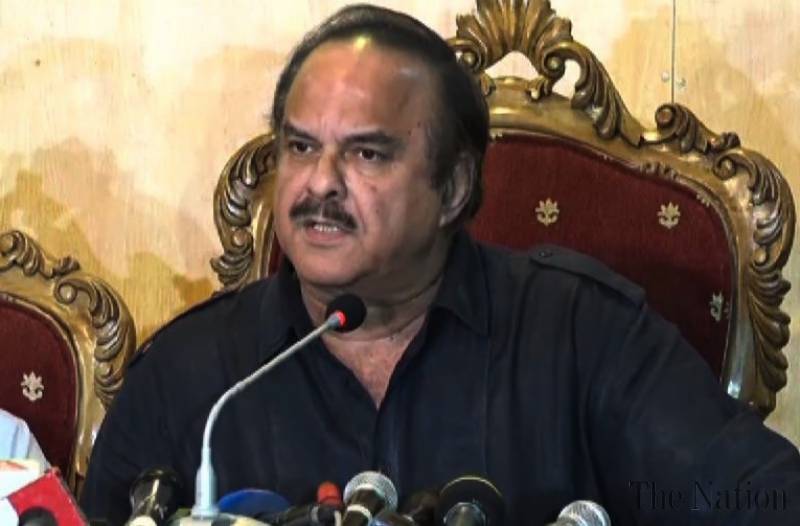 On Tuesday, Haq had tweeted an old picture of the government officials meeting with the Chinese nationals during which diplomat Fatemi fired in the Dawn leaks controversy was also present.

He accepted his mistaken on the issue and the confusion had arisen because of the old picture, adding that he apologised for the tweet which was also shared by another PTI leader, Shireen Mazari.

“Nawaz continues to deceive the nation. Tariq Fatemi accompanies him in China. So his being relieved of his duties was a lie. What a farce,” Haq had tweeted.

Prominent PTI leader Shah Mehmood Qureshi, during a National Assembly session, expressed his party’s reservations over Fatemi ‘accompanying’ the premier even after his dismissal that actually added fuel to fire.

In fact the photo, was of an MoU signing ceremony held on December 30, 2016, in Beijing.

Fatemi, following the “settlement” of the Dawn leaks issue, was removed from his post of adviser to the prime minister.

The state minister tweeted, “PTI’s reporting on Tariq Fatemi at worst seditious and diabolic or at best ignorant and incompetent.”

PTI's reporting on Tariq Fatemi at worst seditious and diabolic or at best ignorant and incompetent pic.twitter.com/04P1KdVmi0

Meanwhile, when asked if the top aide accompanied the premier during the visit, Aurangzeb told media: “No, he is not with him at all.”

One of the senior PTI leaders, when contacted requesting anonymity, said, “It is unfortunate that some of our party leaders share news on social media without verification.”

He added, such acts only defame and bring shame or embarrassment to the party. “Even in the past, the political party faced a lot of criticism on similar actions.”