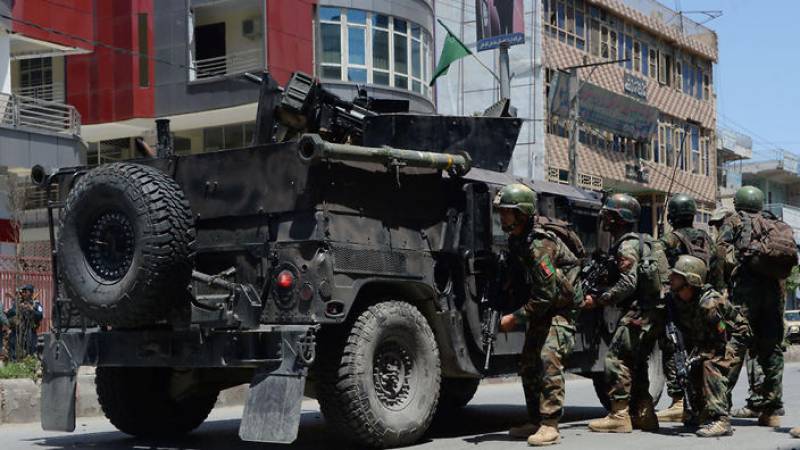 Kabul (Web Desk): At least six people including two journalists were killed as gunfights and explosions rocked the Radio Television Afghanistan building with journalists trapped inside, officials and eyewitnesses said.

At least 17 others were left wounded in the four-hour assault, an official said.

Local hospital sources said several of the injured were in critical condition.

Local police said one of the bombers was killed in the attack while the other four were gunned down by security forces.

The Islamic State claimed responsibility shortly after the attack, according to officials in Jalalabad , the capital of Nangarhar  province.