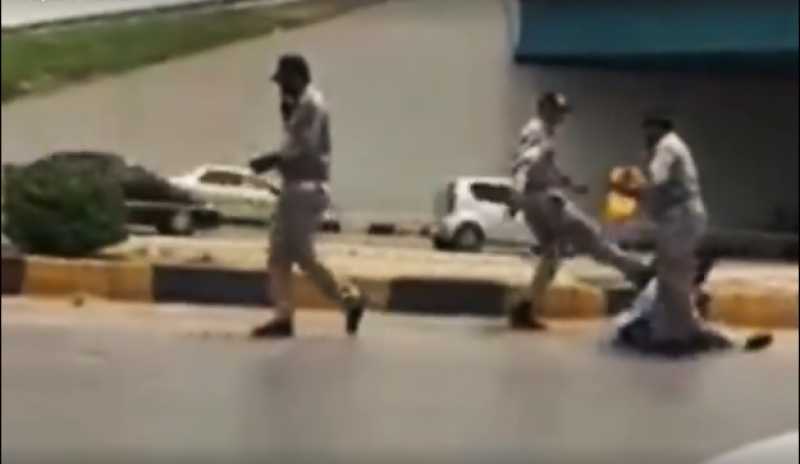 Islamabad (Web Desk): Two traffic police officials were suspended and a probe was launched, on Wednesday, after the duo was seen beating up a citizen in a video which went viral on social media.

The video of the incident that occurred on the Islamabad Expressway on Monday, showed Inspector Abdul Ghaffar and driver Azhar badly thrashing a truck driver, Islamabad traffic police authorities sprang into action after the video.

Police sources told media that the policemen fined the truck driver for overloading his truck and for failing to produce documents. The truck driver, however, started protesting and blocked the road. The argument led to the traffic officials beating the man.