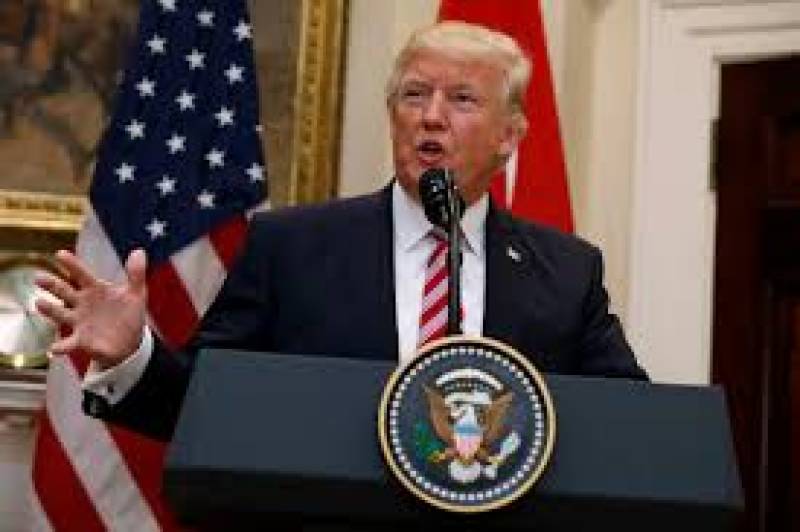 Washington (Web Desk): The United States presidents Trump and Turkey vowed to repair a relationship battered by years of disputes over Syria’s civil war and its various fighting groups, even as they broached a new disagreement over US plans to arm Kurdish fighters.

“The US would re-establish its military and economic partnership with Turkey,” President Donald Trump delivered a statement alongside Turkish President Recep Tayyip Erdogan. He committed to backing Turkey’s fight against the militant Islamic State group and a Kurdish insurgency known as the PKK, which is globally considered as a terrorist organisation.

In the White House’s historic Roosevelt Room Trump said, such groups will “have no safe quarter, there he also commended Turkey’s “leadership in seeking an end to the horrific killing in Syria.”

Afterwards Erdogan issued a statement and congratulated Trump for his presidential election victory. While Erdogan called for the extradition of a Pennsylvania-based cleric he blames for a failed coup in Turkey last summer, there was little tension.

Currently, the major clash between the two Nato allies has been the US plans to arm Kurdish Syrian militants to help them fight IS. Turkey has been pressuring the US to drop support for the militants and doesn’t want them spearheading an operation to retake IS’ self-declared capital of Raqqa.

The US sees the Syrian Kurds as their best battlefield partner on the ground in northern Syria. Turkey considers the Kurds in Syria are linked to the PKK.

Earlier this month, the Turkish military bombed Kurdish forces in Syria and Iraq, in one case with American forces only about 10 kilometres away. Erdogan’s government also has insisted it may attack Syrian Kurdish fighters again. The US, whose forces are sometimes embedded with the Kurds, has much to fear.

Trump, in his statement to reporters, did not directly address his decision to arm the Kurds. But he declared the US and Turkey’s mutual commitment to ending Syria’s conflict.

The meeting took place with a White House still responding to what a senior US official said was Trump’s disclosure of classified information about an Islamic State terror threat involving laptop computers on aircraft.

According to the official, earlier Trump shared the threat in a meeting with Russia’s foreign minister and ambassador in the Oval Office last week, when he wasn’t authorised to speak publicly on the matter and demanded anonymity.