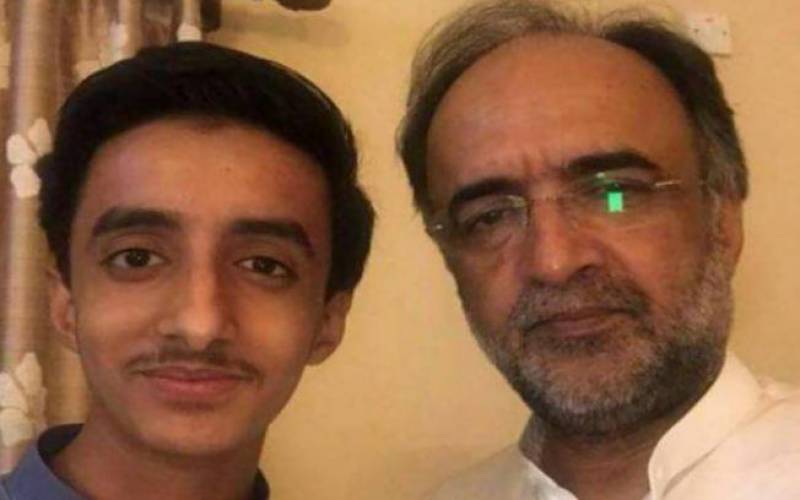 According to the party spokesperson, Usama Qamar died in a traffic accident near his hometown Lalamusa. He was a student at the Government College Lahore.

Qamar Zaman Kaira was informed about the tragic news when he was at a press conference in Islamabad after attending the meeting of PPP's senior leaders.

After hearing about the accident, the PPP leader immediately left for his hometown.

In a message released by the party spokesperson, PPP Chairman Bilawal Bhutto Zardari and Co-Chairman Asif Ali Zardari expressed their grief over Usama's untimely death and offered their condolences to Qamar Zaman Kaira and his family.

Prime Minister Imran Khan expressed deep sorrow over the death of Kaira's son and prayed that the deceased's soul rests in peace. He also offered his condolences to the family and prayed that they bear the loss with fortitude, the Radio Pakistan reported.

Chief of Army Staff (COAS) Geneneral Qamar Javed Bajwa, in a statement, offered his condolences to Kaira and his family, and "expressed his heartfelt grief on sad demise of Osama Kaira".

“May Allah gives strength to bereaved parents and family to bear this irreparable loss," he said in a statement released by the Inter-Services Public Relations (ISPR).

Pakistan Muslim League-Nawaz (PML-N) President Shahbaz Sharif, in his condolence message, prayed that the departed soul rests in eternal peace and that the bereaved family would be able bear the irreparable loss.

Federal Minister for Human Rights Shireen Mazari also expressed deep sympathy with the Kaira family. "What a terrible tragedy for any parent to bear. May Allah give Kaira and his family the strength to bear this massive loss," Mazari said in her condolence message.