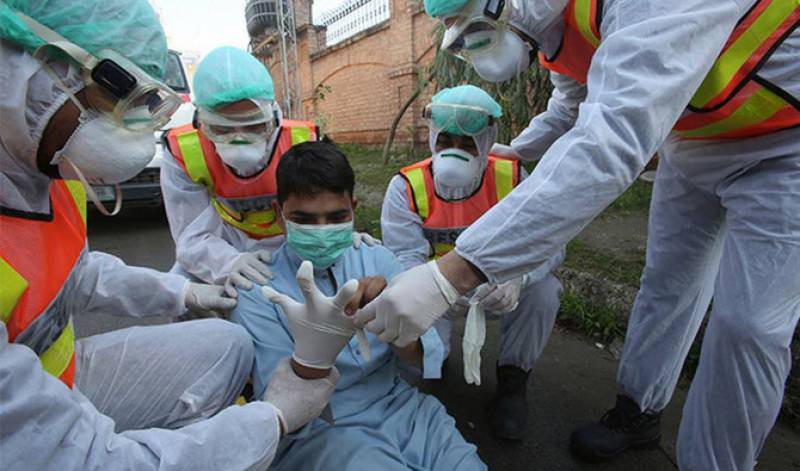 Lahore/Quetta/Karachi/Peshawar (Staff Report/Agencies): The number of confirmed COVID-19 cases in Pakistan on Sunday rose to 40,151.

According to the National Command and Control Centre, the death toll related to COVID-19 has reached 873, while at least 11,844 patients have fully recovered.

The number of coronavirus cases has continued to soar despite the country remained under a lockdown nearly one and a half month.

Meanwhile, Pakistan conducted over 14,878 tests in the past 24 hours which is the highest number of assessments made to diagnose COVID-19 patients.

Moreover, the Punjab government has allowed resumption of inter-city and inter-district transport services after a 20% reduction in fares.

Partial domestic flight operations were also restored in the country from five major airports on Saturday to facilitate the passengers.

While reiterating that the government was dealing with the crisis on the basis of consensus, the prime minister appealed to the provinces to reopen public transport.