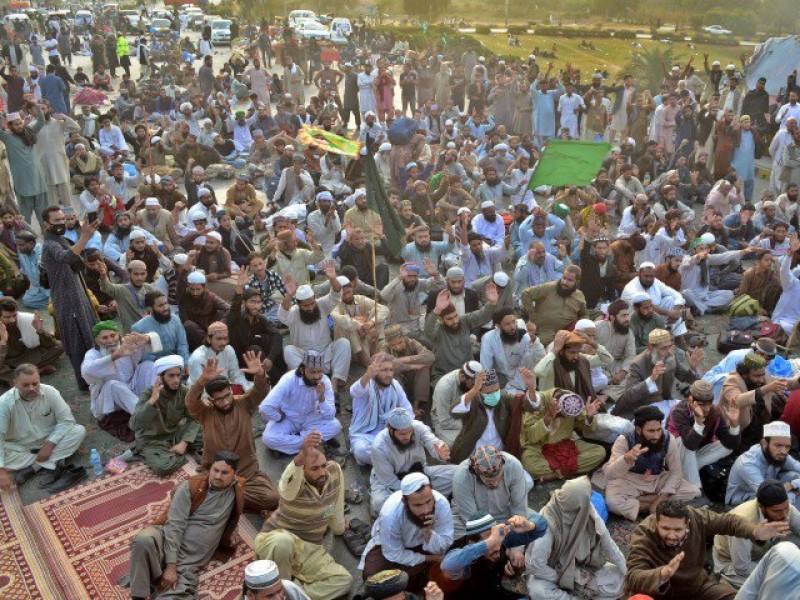 Islamabad (Staff Report): The Islamabad High Court (IHC) has ordered the capital administration to take all necessary steps to clear the Faizabad Interchange of a sit-in of religious parties including the Tehreek-i-Khatm-i-Nabuwwat, Tehreek-i-Labaik Ya Rasool Allah (TLY) and the Sunni Tehreek Pakistan (ST) by Saturday (tomorrow).

IHC Justice Shaukat Aziz Siddiqui on Friday heard a petition filed by citizen Abdul Qayyum, stating the daily life in the capital over the past week or so has been disrupted by protesters belonging to religious parties calling for the sacking of Law Minister Zahid Hamid.

The court ordered the capital administration to ensure the dispersal of protesters, whether through peaceful means or by the use of force.

The court also permitted the capital administration to exercise their authority to request Rangers or Frontier Constabulary deployment if needed.

on Thursday, the court ordered protesters to end their sit-in.

The TLY had occupied the Faizabad Bridge which connects Rawalpindi and Islamabad through the Islamabad Expressway and Murree Road, both of which are the busiest roads in the twin cities.