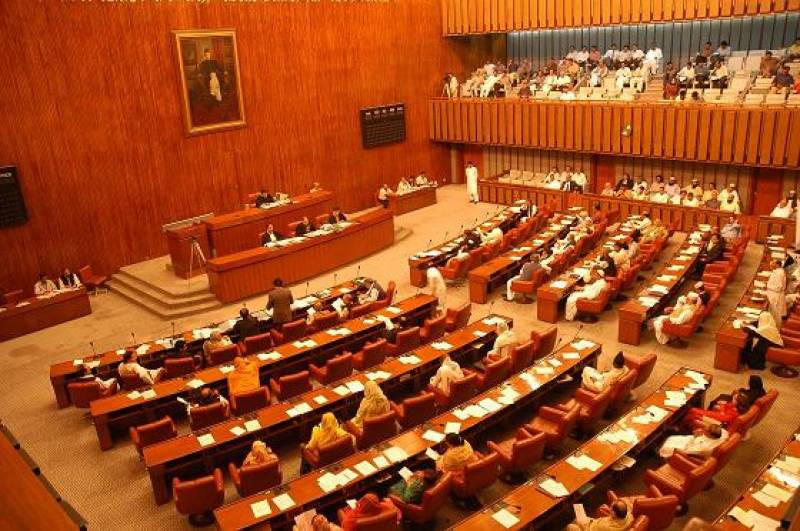 Islamabad (Staff Report): The Senate on Friday unanimously passed the Elections Amendment Bill 2017, aimed at restoring the clauses pertaining to Khatm-i-Nabuwwat to their original form and make sections relating to the Ahmadi community more effective.

Sections 7B and 7C of the Conduct of General Elections Order, 2002 were also restored to their original form through the bill.

Section 7B states that the status of Ahmadis remains as stated in the Constitution, whereas Section 7C says that if enrolled voters’ belief in the finality of prophethood of Muhammad (peace be upon him) is contended, they shall have to sign a declaration reaffirming their belief, failing which their “name shall be deleted from the joint electoral rolls and added to a supplementary list of voters in the same electoral area as non-Muslim.”

The House resumed debate on the state institutions and their role in the scheme of trichotomy of power.

Taking part in the debate, Sehar Kamran said the Constitution has very clearly defined limits of all the state institutions and they should act within their stated domain.

Senator Abdul Qayyum said the executive, judiciary, and the parliament should concentrate on their capacity building. He said every institution should respect the domain of other pillars of the state.