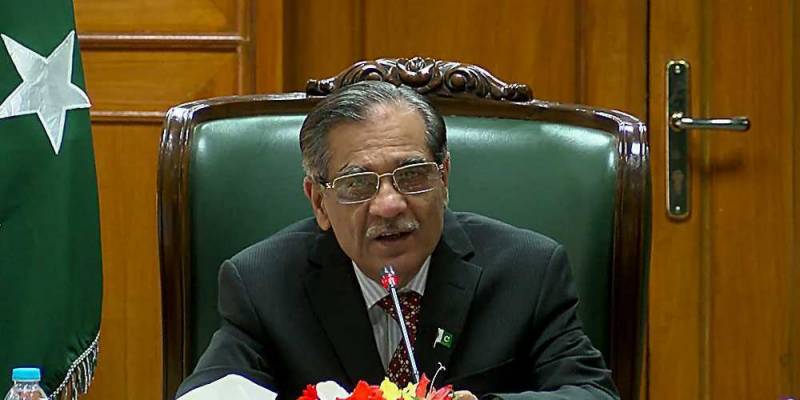 Lahore (Staff Report): The Supreme Court (SC) on Saturday dissolved the Punjab Healthcare Commission's (PHC) board of commissioners and directed to form a new board within fifteen days.

A special bench headed by Chief Justice of Pakistan (CJP) Justice Mian Saqib Nisar heard the case regarding appointment in PHC board at the Supreme Court's Lahore Registry.

On Friday, the CJP had summoned Provincial Health Minister Dr Yasmin Rashid and members of the PHC board to explain the resignation of retired Justice Amir Raza A Khan from the post of the commission’s chairperson.

The matter had caught the court's attention during a suo motu case regarding expensive of health facilities at private hospitals.

As the bench resumed the hearing on Saturday, the chief justice when inquired where is Hussain Naqvi, a member of the board, due to whom Khan had resigned. The board member replied in a louder voice from crowd: “I am coming”.

When Naqvi appeared before the court, the CJP asked him, “Who are you?” To which, the board member responded, "I was the union secretary of Islamia College."

Upon this Justice Nisar said, "So then leave the board and run the union.” Expressing anger at Naqvi, the top judge asked, “Why did you misbehave with Justice (retd) Amir Raza?”

Naqvi then pleaded, “Hear me out. I am sorry for raising my voice.”

Hussain Naqvi maintained the stance that he has been selected as the member of the board, to which, the CJP said: “We have dissolved the board let go ahead”.

The court then dissolved the PHC board and ordered that a new board be formed within two weeks. The bench further remarked that the board should be unbiased and independent. The SC bench then adjourned hearing of the case.