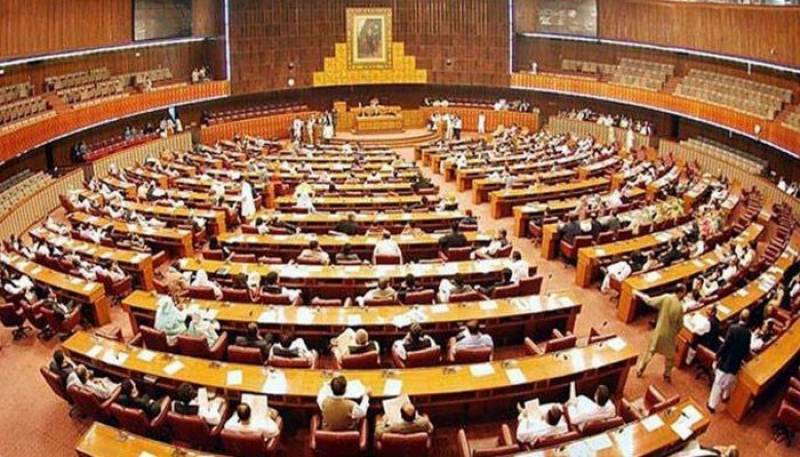 The session is expected to take up important legislation, including the controversial Electronic Voting Machines (EVM) law.

Prime Minister Imran Khan's party vowed to get the EVM bill passed from parliament despite reservations from the opposition.

Lawmakers from both houses will attend the joint session today for which Prime Minister Imran Khan has personally met lawmakers for the approval of key legislation while the opposition parties have drawn strategies to block controversial bills.

On the other hand, opposition on Wednesday conducted a meeting of parliamentary parties ahead of Parliament’s joint session.

As per the details, the participants devised strategy regarding joint session of the parliament while they also deliberated upon blocking the passage of the ‘controversial legislation’ with full force.

Moreover, all the opposition members have been directed to ensure their presence in the Parliament.

Earlier, the joint session was supposed to take place on November 11 but was cancelled by the government as its allies reportedly expressed reservations.

However, after taking all allies on board, President Arif Alvi summoned the session on November 17 (today) at noon.