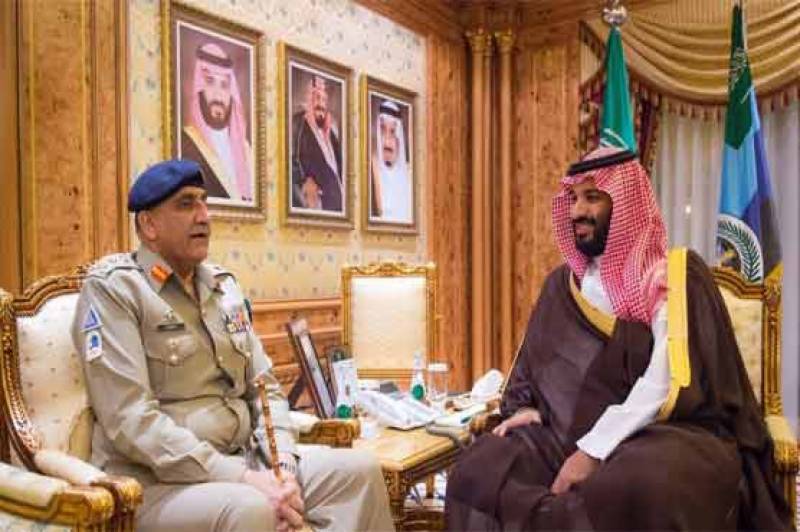 According to details, they discussed issues of common interest between the two countries as well as regional security. During the meeting, the dignitaries reviewed bilateral relations (particularly military) between the Kingdom of Saudi Arabia and Pakistan. A number of officials attended the meeting.

Earlier, on Saturday, General Bajwa had also met Vice President and Prime Minister of the United Arab Emirates, Sheikh Mohammed Bin Rashid Al Maktoum during his visit to the UAE, where he had discussed the strategic relations between Pakistan and the UAE, as well as various other issues pertaining to the military and the ongoing regional situation.

The COAS had also expressed gratitude to Sheikh Mohammed for the humanitarian assistance the UAE provides to Pakistanis living there and the highly-valued development projects implemented in Pakistan in line with the directives of UAE President Sheikh Khalifa bin Zayed Al Nahyan.

They agreed to eliminate terrorism and cooperate for the regional security and stability.