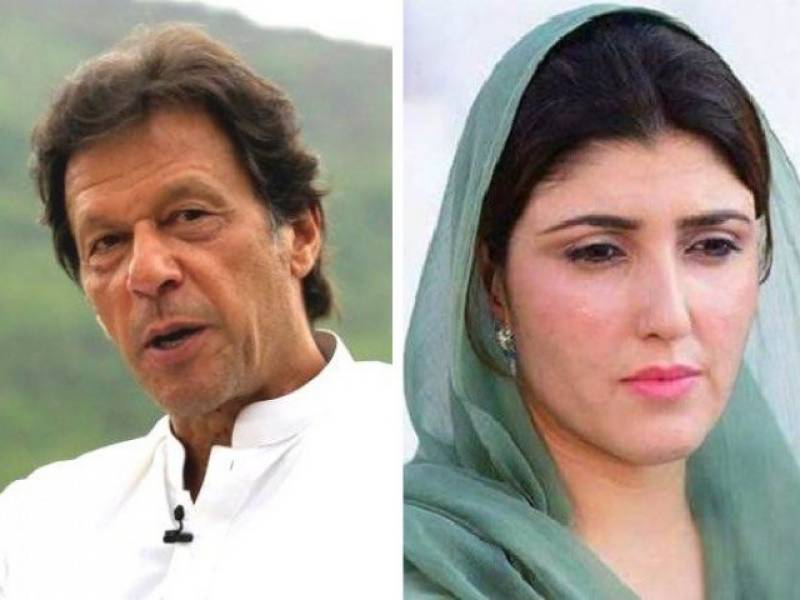 A five-member bench of the ECP under its chief Sardar Muhammad Raza Khan heard a case filed by the PTI against Gulalai for defying its orders.

PTI’s counsel Sikander Mohmand reiterated before the election regulator that Gulalai announced leaving the party but then took back the decision.

The lawyer contended that formal statement by Gulalai was sufficient and she did not need to present a written resignation to leave the party.

To this, the ECP inquired regarding the adequate party procedure for leaving.

‘According to the party constitution, no fixed method is present for resigning, the party chief can expel a member’, said PTI’s counsel.

He continued that Gulalai was leaving the party but was not resigning from assembly membership which was not possible as per the party Constitution.

Gulalai’s lawyer barrister Masroor rejected PTI accusations and said that expressing the desire to leave the party and actually resigning was not the same thing.

‘Gulalai has never tendered her resignation to the party and said that she isn’t leaving PTI in National Assembly on August 7’, Masroor said.

PTI had sent a notice to Gulalai stating that she has defected from the party in terms of Article 63 A (1) of the Constitution.

The notice, dated August 28, states that Gulalai on August 1 publically resigned from the party, did not vote for the party’s designated candidate in the prime minister’s elections on August 1.