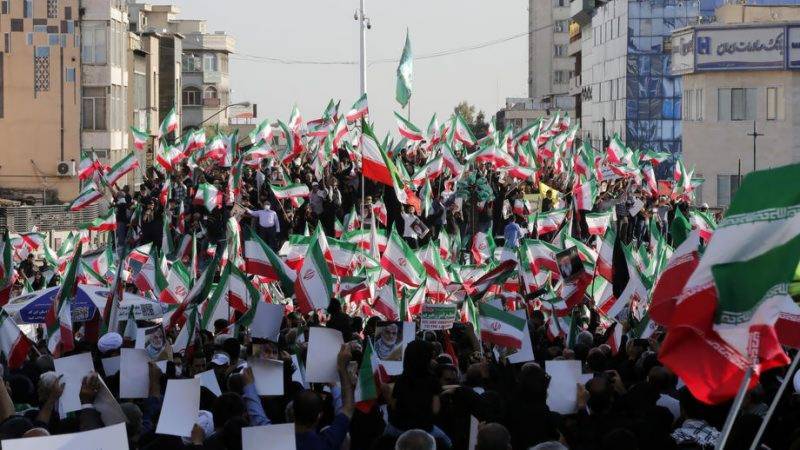 Tehran (Web Desk): Iranian President Ebrahim Raisi has accused his US counterpart of “inciting chaos” after President Joe Biden expressed support for protests in the wake of Mahsa Amini’s death in custody.

“The remarks of the American president, who is inciting chaos, terror and the destruction of another country, serve as a reminder of the eternal words of the founder of the Islamic republic, who called America the Great Satan,” Raisi said, referring to the late Ayatollah Ruhollah Khomenei.

“The enemy’s plot must be countered by effective measures to resolve people’s problems,” Raisi added, according to a presidency statement.

Iran has been rocked by protests since 22-year-old Amini’s death on Sept 16, three days after she was arrested by morality police in Tehran for allegedly violating the country’s strict dress code for women.

The street violence has led to dozens of deaths, mostly among protesters but also among the security forces, and hundreds of demonstrators have been arrested.

Biden had said on Friday that “we stand with the citizens, the brave women of Iran.

“It stunned me what it awakened in Iran. It awakened something that I don’t think will be quieted for a long, long time,” said the US president.

Earlier on Sunday, Iran’s foreign affairs spokesman Nasser Kanani had shrugged off Biden’s comments, saying that “Iran is too strong for its will to be swayed by the interference... by a politician tired of years of failure”. “We will together defend the independence of Iran,” Kanani wrote on Instagram.

On Oct 6, the United States slapped sanctions on seven senior Iranian officials for involvement in the crackdown.

Amini, a 22-year-old Kurdish-Iranian woman, died after falling into a coma while in the custody of Iran’s “morality police” on Sept. 16. She was being held for not wearing her hijab properly. She was detained three days earlier in the country’s capital of Tehran.

Police said she suffered a heart attack after being taken to a station to be “educated.” Her family denied her having any heart problems and her father later said she had bruises on her legs, holding the police responsible for her death.