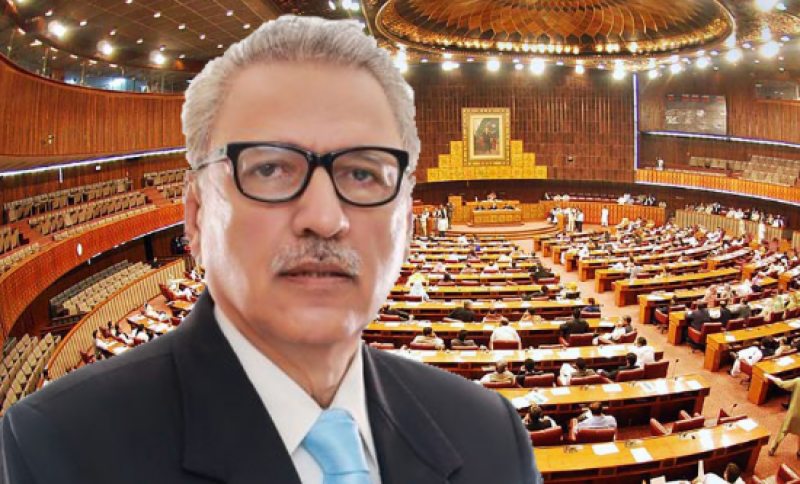 This is President Alvi’s maiden address to the Senate and National Assembly members.

The joint session will be the first formal sitting of the National Assembly after election and swearing-in of the new prime minister, speaker and the deputy speaker.

Earlier, President Alvi was scheduled to address the joint session of the Parliament on September 13 but the sitting was postponed till Monday on the request of the Pakistan Muslim League-Nawaz (PML-N) following the death of former first lady, Kulsoom Nawaz.

The PML-N had approached senior government functionaries and National Assembly Speaker Asad Qasier with the request to postpone the joint session till Monday as the party leaders and MPs were unable to attend the sitting due to their engagements in Raiwind, Lahore, in connection with the funeral ceremony of the former first lady.

Prime Minister Imran Khan, members of the federal cabinet and Parliament, chief ministers, governors, ambassadors, diplomats, members of civil society and important personalities from different walks of life are likely to attend the joint session. Special passes have been issued on this occasion.

Tight security measures have been put in place around the parliament house whereas main entry and exit points of the federal capital would be strictly monitored throughout the day.