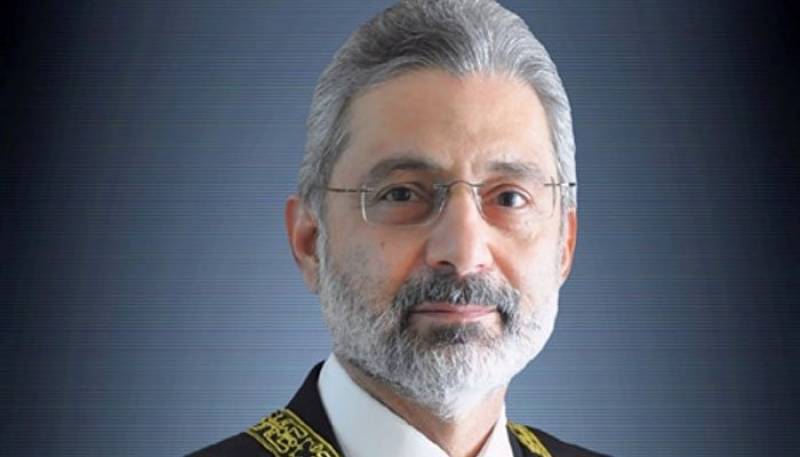 The bench decided to send the matter of forming a new bench to hear the presidential reference against Justice Qazi Faez Isa to the chief justice.

During today’s hearing, Justice Isa’s counsel Muneer A Malik reiterated the need for justice to be done and also be seen to be done, adding that no judge should be the decider of his own cause.

To this, Justice Bandial asserted that none of the judges was partial or biased and should not be treated as harbouring biases or self-interests.

Malik referred to precedents set by Justice (retd) Ajmal Mian and Justice Falak Shair who recused themselves from hearing similar cases in the past.

Justice Ijazul Ahsan, announcing his recusal, said the reservations against him were “unfortunate and not justified” but he was recusing himself to “maintain the highest standard of fairness”.

Meanwhile, Justice Masood said he had decided not to hear the case before Justice Isa requested his recusal.

Justice Isa has already excused himself from being part of any bench and hearing cases.

On June 15, the same bench held the first hearing of the references.