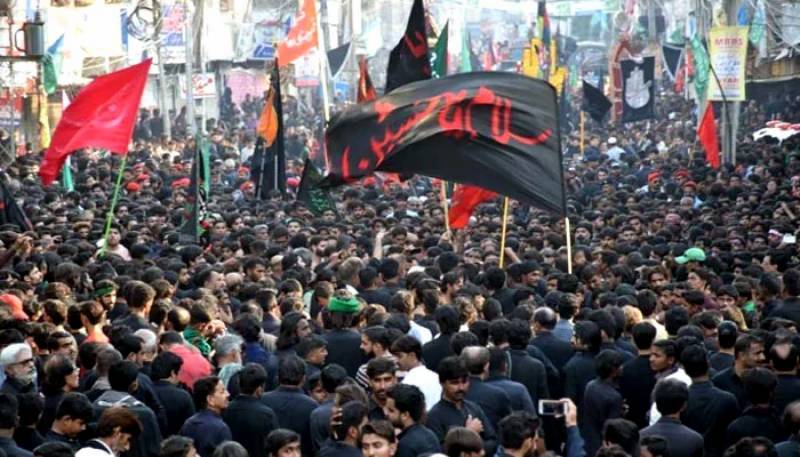 Islamabad (Web Desk): The 'Chehlum' of Hazrat Imam Hussain (RA) and his companions was observed across the country on Saturday with religious solemnity and spirit.

Processions were taken out and congregations were held in every major city of the country to remember the sacrifice of Hazrat Imam Hussain (RA) and his companions.

The Chehlum marks the 40th day after the martyrdom anniversary of Hazrat Imam Hussein (RA) and his 72 companions in Karbala by Yazidi soldiers in 61 A.H.

Foolproof security arrangements were made for the processions to avoid any untoward incident.

On the occasion, the federal government authorized deployment of Army troops and personnel of civil armed forces to maintain law and order across the country.

The approval to this effect was given on the request of all the four provinces, Gilgit-Baltistan (GB) and Azad Kashmir.

A Central Control Room had been established at the Ministry of Interior to monitor the overall security situation in the country.

The district administrations and law enforcement agencies made all necessary arrangements to facilitate the mourners.