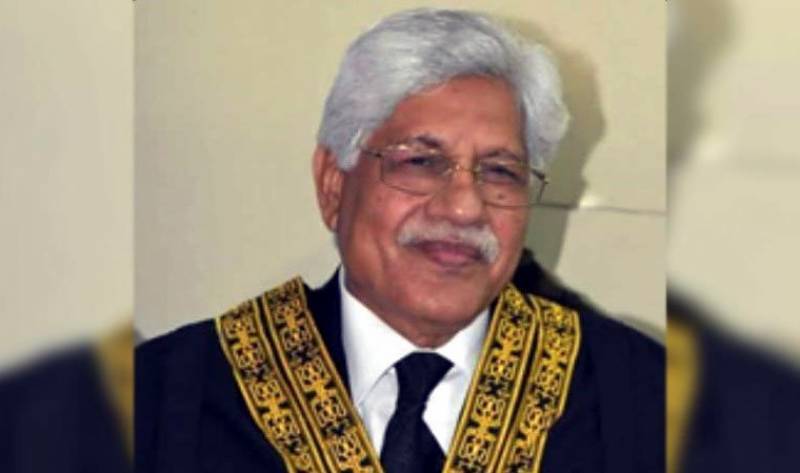 According to details, in the fresh apology, the former GB judge says affidavit was neither "correct nor required" and expressed regret over “grave mistake”.

"I regret, rather apologise for an incorrect affidavit where the name of an honourable judge was mistakenly and unintentionally mentioned. I further regret and apologize for my grave mistake which should never have happened," The ex-GB chief judge stated.

"The wrong and incorrect mention of a judge of this honourable court in an affidavit dated 10th Nov 2021 was due to my glaring misunderstanding and unintentional mistake. Hence, I withdraw from the contents of the said affidavit. I profusely apologize for the wrong [and] unnecessary affidavit," the apology read.

On September 12, Rana Shamim had partially backtracked from the contents of his affidavit executed in Nov 10 last year, stating that not a single sitting judge of the IHC was involved in the controversy and submitted an unconditional apology to the high court. He had however stood by his allegations against former CJP Nisar.

On Friday, the former GB judge submitted an unconditional apology in an affidavit in response to the contempt of court proceedings initiated against him following publication of his earlier affidavit in an English daily in Nov 2021.

IHC Chief Justice Athar Minallah had on Sept 12 directed Mr Shamim to submit an unconditional apology in an affidavit.

On January 20, the IHC formally indicted Rana Shamim on contempt of court charges over the contentious document that was published in a newspaper accusing Justice Nisar of influencing the case against Nawaz Sharif and Maryam Nawaz.