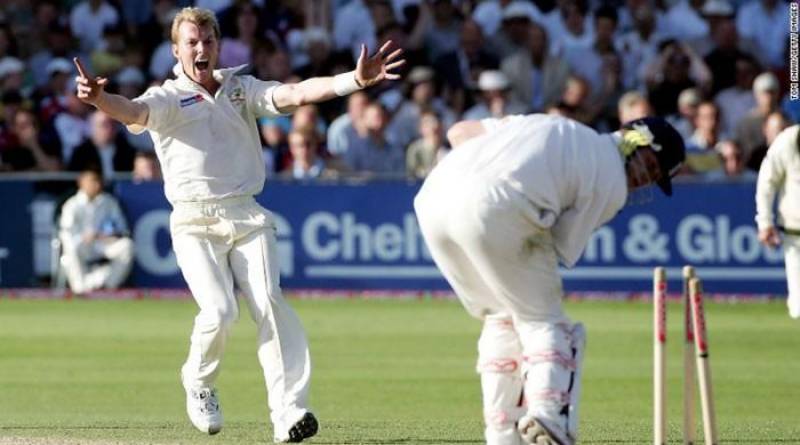 Sydney (Reuters): Australia's pace attack, emboldened by the return of "once in a generation" bowler Pat Cummins, could prove the difference between the sides in this year's Ashes series against England, former pacer Brett Lee told Reuters.

Steve Smith's side already boast tear-away paceman Mitchell Starc along with the precision of Josh Hazlewood.

Cummins returned to Test cricket in India after more than five years in the wilderness, replacing injured spearhead Starc and taking eight wickets from the final two matches in Ranchi and Dharamsala.

Lee said in an interview at a Mumbai hotel overlooking the Arabian Sea, "What Pat Cummins can bring is pace, aggression, control and anything between that. He is a once in a generation bowler and you have got to harness that amazing talent."

The 23-year-old right-armer showed good control and generated enough pace even on the docile surfaces in India to trouble the hosts' batsmen.

James Pattinson has also been in stellar form in domestic cricket since returning from a 12-month injury layoff in February and the 26-year-old could complete a dream pace quartet for the five-match Ashes series starting in November.

Lee, an ambassador for Bowling Master, said he would struggle to summon the courage to face such a pace battery.

"I would be (scared), absolutely," Lee said after launching the cricket training kit which will be sold on Amazon's India portal.

"It's a pretty serious pace barrage that you've got. Australian bowling stocks now are pretty healthy.

"Hazlewood is more of hitting the good length, day in and day out. With Starc you will be full, short, good length, yorkers, the whole thing.”

"Two completely different bowlers but complementing each other because they are building pressure from each end. Then you throw in someone like a Pat Cummins. It's a pretty handy attack."

Less than six months ago, Australia were still reeling from their 3-0 whitewash in Sri Lanka when they were beaten in the home series by South Africa with a match to spare.

The axe fell on some players and a revamped side gained a consolation win at Adelaide Oval before going on to blank Pakistan 3-0 in the following series.

They impressed one and all in India, going down 2-1 after a closely-fought four-match series against the world's top ranked test side.

Lee said Smith now had the players to build a team around for the long-term.

The former pacer said, "After (former captain) Michael Clarke, you got Steve Smith taking over, and I think he's building his own team, which is a terrific team."

"It's a team that are very close and a team that's going to be around for a long time now. You have got some young guys coming. (Matt) Renshaw is just 21 years old. (Peter) Handscomb has come on and just taken to test cricket like a duck to water.”

"You throw in Pat Cummins, he's back in the mix after five and half years in absence of not playing test cricket. You got some people that are injecting in some youth, some experience. Australia is in a very good spot."

Lee was also looking forward to seeing how Joe Root, who replaced long-serving Alastair Cook as test captain, would lead England Down Under.

"He's a class act ... His stats back it up and proved that he is such an amazing talent," Lee said.

"He's ranked among the top four-five batsmen in the world. And you throw in the captaincy with that. I am actually looking forward to seeing how he goes on the Australian wickets."