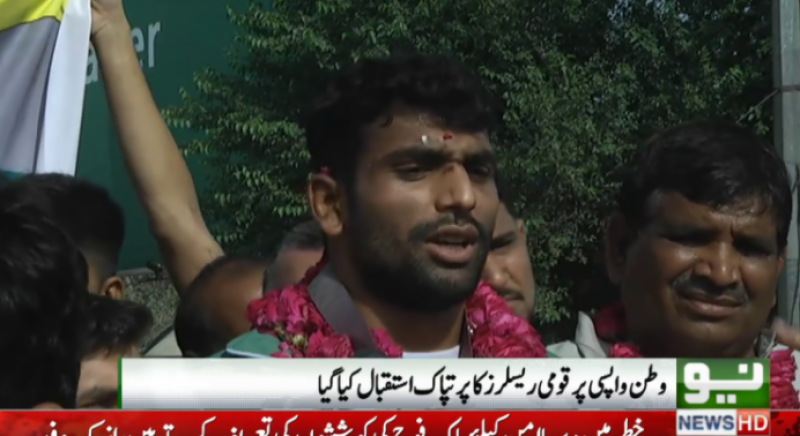 The team was warmly welcomed. Speaking to the media on his arrival, Butt said that if more attention was given to sports like wrestling and weightlifting, it would not be too long before Pakistan would be winning the gold medal at the Olympics.

“Both government and private sector should encourage the sport and a proper academy should be established for state-of-art training,” he said, adding that wrestling and weightlifting are two of the most popular sports in Pakistan at the moment and should be given importance as well.

It is pertinent to remember that the wrestler from Gujranwala, Inam Butt has given Pakistan only gold medal of the games in the wrestling event while Mohammad Bilal and Tayyab Raza won bronze medals for the country.

In the gold medal match, Butt had completely outclassed his opponent Melvin Bibo of Nigeria in the 86 kg weight category.

Pakistan won five medals in the games, winning four bronze and one gold.