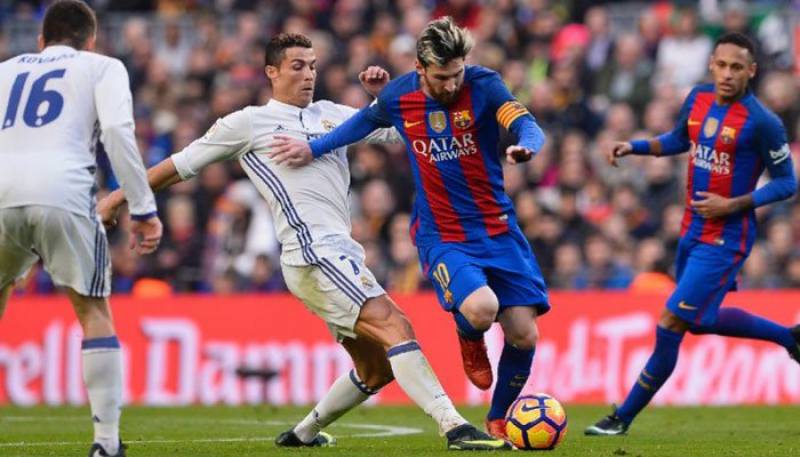 Barcelona´s most famous street Las Ramblas was packed with tourists when a van drove into the crowds, leaving scenes of carnage.

"I want to send my condolences and all my support to the families and friends of the victims of the terrible attack in our beloved Barcelona, in addition to totally rejecting any act of violence," Barcelona star Messi, 30, wrote on Instagram.

"We are not going to give up, there are many more of us who want to live in a world in peace, without hate and where respect and tolerance are the basis of coexistence," added the Argentine who arrived in the Catalan capital as a teenager 14 years ago.

Real Madrid´s Portuguese captain Ronaldo took to social media to express his shock at the attack which also left more than 50 injured.

"Dismayed at the news coming from Barcelona. All the support and solidarity (to) the family and friends of the victims," he wrote on Twitter.

Like Ronaldo and Messi, other athletes took to social network in an outpouring of solidarity with the Catalan capital.

"All my support for the families affected and the city," Spanish tennis ace Rafael Nadal wrote on Twitter, while his great friend, basketball player Pau Gasol, declared himself "devastated by what happened on the Ramblas in Barcelona. All my support for the victims, wounded and relatives in these difficult times."

All football clubs in the Spanish first and second divisions will observe a minute´s silence in memory of the victims when the new La Liga season starts on Friday.

"All clubs will pay homage to the victims and their families after the tragedy in Barcelona," Spanish league officials said in a statement.

Spanish three-time world motorcycling champion Marc Marquez, also a Catalonia native, accompanied his message with an image of a circle formed with the motto "I love Barcelona" surrounding that same expression in Catalan with a big heart.

From Portugal, Porto goalkeeper Iker Casillas wrote: "What sadness, all my solidarity with the victims and their families. A lot of strength Barcelona."

And from Paris, a city that has also suffered similar terror outrages, Paris Saint-Germain´s Spanish coach Unai Emery was "very saddened by the news coming from Barcelona, unfortunately one more black day. All my support for the victims and their families."

"No to terrorism. No to the dictatorship of fear. Stop terrorism," wrote Real Madrid captain Sergio Ramos on Twitter, with the image of a broken heart.

FC Barcelona took to Twitter: "Deeply saddened by the attack on our city. All our thoughts are with the victims, their families and with the people of Barcelona."

Deeply saddened by the attack on our city. All our thoughts are with the victims, their families and with the people of Barcelona.

Barcelona also said their players would wear black armbands in their home game against Real Betis on Sunday.

Real Madrid issued an official statement expressing "its deepest sorrow regarding the attack which has taken place in the city of Barcelona and the club stands together with the victims, their families and their friends.

"It also hopes for the quickest possible recovery to all those injured in the incident."

Villarreal, meanwhile, decided to suspend the official presentation of Colombian striker Carlos Bacca "as a sign of mourning" for the attack.

From the world of cycling, the general director of the Vuelta, which begins Saturday in the French city of Nimes, said: "We are dismayed by the dramatic attack in Barcelona and our condemnation of these events is total."