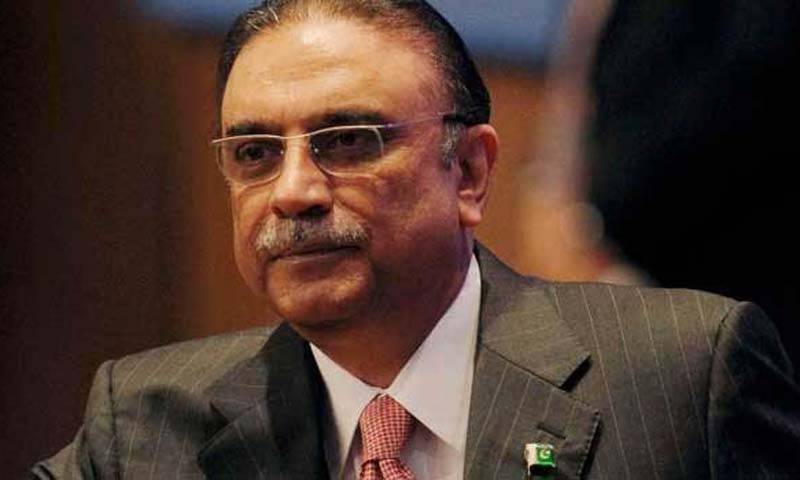 During the hearing, Zardari's lawyer, Barrister Aitzaz Ahsan, said his client desired to appear before the banking court and cooperate with the Federal Investigation Agency's (FIA) investigation, but feared arrest.

On Friday, banking court issued arrest warrants for Zardari in a money-laundering case.

While hearing the case related to shady transactions worth Rs35 billion through fake bank accounts. The court issued the warrants against 15 absconders, including Zardari , on the request of the Federal Investigation Agency (FIA).

The court has ordered the FIA to present the suspects on September 4 after arresting them.

During the hearing, Anwar Majeed, a close aide and an alleged frontman of former president, and his son Abdul Ghani were produced in the court by the FIA.

The father-son duo was nabbed on the directives of the Supreme Court on August 15 as the money laundering probe was widened.

The investigators asked the court send the suspects on physical remand for further interrogation and the request was approved.

The court remanded Majid and his son into FIA custody for seven days and ordered it to present a report in the case at the next hearing.