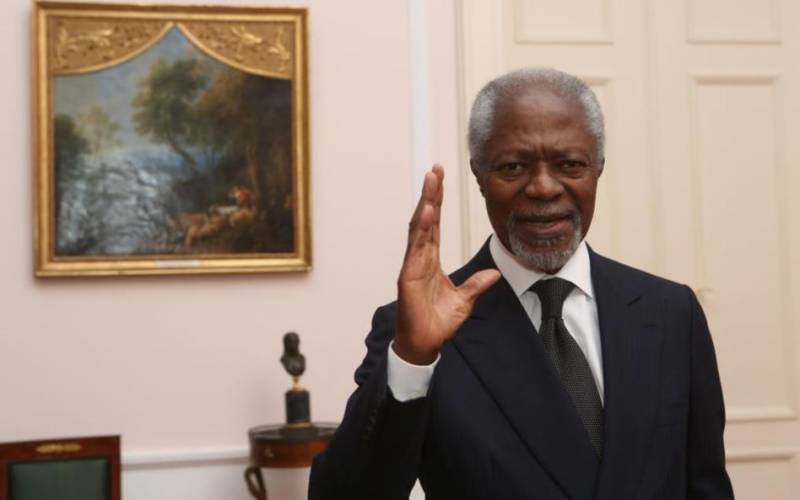 Bern (Agencies): Kofi Annan, former Secretary General of the United Nations (UN) and Nobel Peace Laureate, passed away at the age of 80, the Kofi Annan Foundation announced on Saturday.

The Ghanaian was the seventh secretary general of the UN who served for two terms between 1997 and 2006 and won the Nobel peace prize for his humanitarian work jointly.

He died in hospital in Bern, Switzerland with his wife, Nane, and three children Ama, Kojo and Nina, by his side. He retired to Geneva and later lived in a Swiss village.

It is with immense sadness that the Annan family and the Kofi Annan Foundation announce that Kofi Annan, former Secretary General of the United Nations and Nobel Peace Laureate, passed away peacefully on Saturday 18th August after a short illness... pic.twitter.com/42nGOxmcPZ

Annan’s foundation issued a statement on his Twitter account on Saturday morning that described him as a “global statesman and deeply committed internationalist who fought throughout his life for a fairer and more peaceful world”.