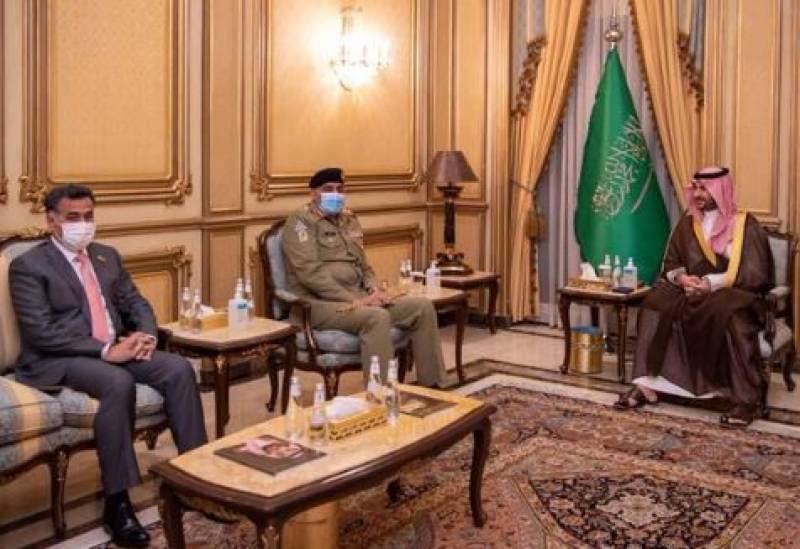 Army chief and Inter-Services Intelligence (ISI) chief General Faiz Hameed on Monday arrived in Saudi Arabia amid a diplomatic spat that has threatened Riyadh's financial life line to the country.

According to Pakistan embassy in Riyadh, Bajwa arrived in Riyadh at 10am.

The two countries are traditionally close and Saudi Arabia in 2018 gave Pakistan a $3 billion loan and $3.2bn oil credit facility to help its balance of payments crisis.

But Riyadh is irked by criticism from Pakistan that Saudi Arabia has been lukewarm on the Kashmir territorial dispute.

Pakistan has long pressed the Saudi-led Organisation of Islamic Countries (OIC) to convene a high-level meeting to highlight Indian violations in occupied Kashmir. But the OIC has only held low-level meetings so far.

“If you cannot convene it, then I’ll be compelled to ask Prime Minister Imran Khan to call a meeting of the Islamic countries that are ready to stand with us on the issue of Kashmir and support the oppressed Kashmiris,” Foreign Minister Shah Mahmood Qureshi told local media last week.

Saudia Arabia made Pakistan pay back $1bn two weeks ago, forcing it to borrow from close ally China, and Riyadh is yet to respond to Pakistan’s request to extend the oil credit facility.