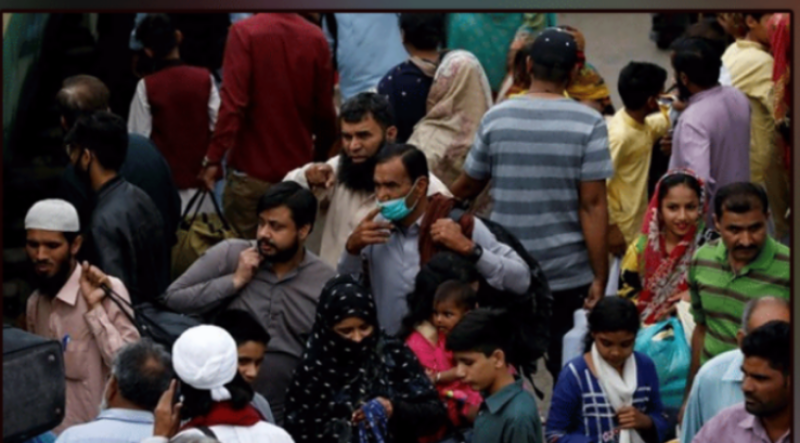 Lahore/Quetta/Karachi/Peshawar (Staff Report/Agencies): The number of confirmed COVID-19 cases rose to 1,109,274 on Wednesday after 3,974 new coronavirus cases surfaced in the country during the last 24 hours.

As per the National Command and Operation Centre (NCOC) data, 57,460 tests were conducted in last 24 hours while positivity ratio remained 6.91%.

According to the government's COVID-19 portal, the death toll related to coronavirus has reached to 24,639 with 66 fatalities reported during the last 24 hours.

Over the last twenty four hours, total number of recovered COVID-19 patients across the country reached 996,426 after another 3,122 virus recoveries were reported.

Meanwhile, department of Specialized Healthcare and Medical Education Punjab recommended Punjab authorities to vaccinate minors against the novel virus as a large number of teens and minors in the most populous province have contracted the mutated variants of COVID-19.

As per the media reports, the health authorities mulled vaccinating children between the ages of 12 and 18.

The health department officials had also collected the data of all children, who lies in the proposed age group, in Punjab and also suggested to the government to take the decision with the consent of the NCOC the country’s nerve center to stem novel virus.

The reports further added that is the underage children would be vaccinated on the CNIC of their parents. However, no official of the Punjab government has made any comment on the development.

It is pertinent to mention that the global coronavirus cases have reportedly surpassed 209.446 million and death toll tops 4,396,137.