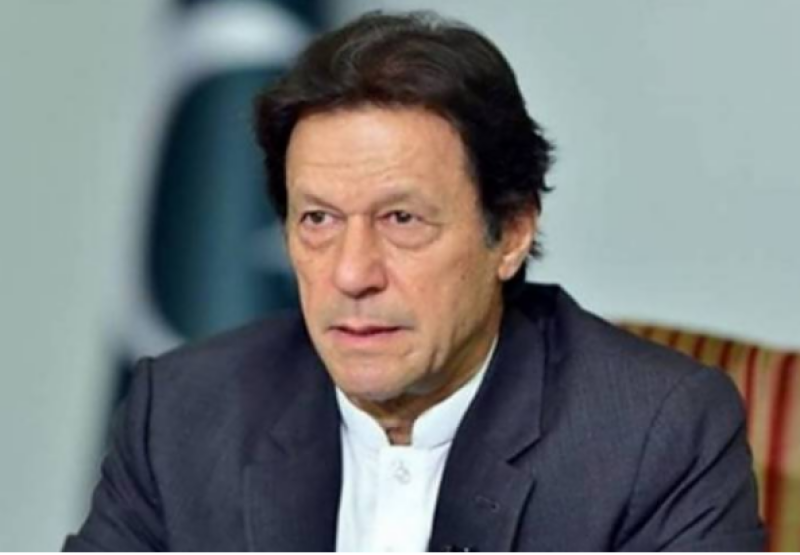 Islamabad (Web Desk): Prime Minister Imran Khan on Wednesday took notice of the assault on a female TikToker by a mob at Minar-e-Pakistan.

According to details, Pakistan Tehreek-e-Insaf (PTI) representative Sayed Zulfiqar Bukhari in a post on Twitter said that the premier spoke with Inspector General (IG) Punjab Police Inam Ghani regarding the incident.

He said that it was a "gross violation of laws and social norms' and assured that the government 'won't spare a single person involved" in the assault.

PM @ImranKhanPTI personally spoke to IGPunjab, police is catching all culprits involved in manhandling of female tiktoker in Lahore & those damaging statue of Ranjit Singh at LahoreFort.

Focal person to CM Punjab Azhar Mashwani said that non-bailable clauses have been added to the First Information Report (FIR) of the incident and Chief Minister Usman Buzdar has ordered to arrest of the culprits as soon as possible.

He added that police were analysing the video clips and the CCTV footage of the area to identify those involved in the assault.

Despite "Ashura" duties, Police is analyzing the video clips and available CCTV footages to identify the culprits & arrest them.

Strong and non-bailable clauses are added in the FIR.

Chief Minister has ordered to arrest all the culprits ASAP

Earlier, Punjab government spokesman Fayyazul Hassan Chohan also stated said that the accused involved in the video were being identified and will be brought to justice.

She said that the Ministry of Human Rights (MoHR) is in touch with relevant Punjab authorities to ensure strict action against the perpetrators.

“Arrests have been made in the case, the FIR has been lodged and the MoHR is following up with authorities,” Mazari said.

However, “we need to try and change such violent behavioural patterns in our people,” she said.

The minister also urged “effective implementation” of laws in order to have “some deterrent effect” on people’s behaviours.

“The main challenge is changing the ‘mindsets’ of the people to stop crimes against “all vulnerable members of our society,” the minister said.

MoHR is in touch with Punjab authorities to ensure strict action ag perpetrators of the condemnable attack on a woman in Greater Iqbal Park Lahore. Arrests made, FIRs done. MoHR following up. But we need to try & change such violent behavioral patterns in our ppl. #lahoreincident

Leader of the Opposition in National Assembly and Pakistan Muslim League-Nawaz (PML-N), Shehbaz Sharif, also took to Twitter to denounce the incident, stating that he was "deeply disturbed at the harassment of the young woman".

Shehbaz said that he was worried about the direction society is heading in.

"The recent anti-women incidents are a reminder that malaise is deep-rooted", he said, adding that it was very shameful.

Deeply disturbed at the harassment of a young woman & her companions by hundreds of people at Greater Iqbal Park in Lahore. What is more worrying is the direction our society is headed in. The recent anti-women incidents are a reminder that malaise is deep-rooted. Very Shameful!

Pakistan Peoples Party (PPP) Chairman Bilawal Bhutto has termed the act of harassing a young girl at Minar-e-Pakistan as a shameful act.

He said that the incident shows the moral degradation of our society. The PPP chief called for a strict action against those involved in the incident.

Bilawal Bhutto urged the ruling authorities to ensure women s protection and equal rights. He said that women do not feel safe in Pakistan anymore.

The assault of a young women by a mob at #minarepakistan should shame every Pakistani. It speaks to a rot in our society. Those responsible must be brought to justice. The women of Pakistan feel insecure and it is all our responsibility to ensure safety and equal rights to all.

It is pertinent to mention that a video of Minar-e-Pakistan incident went viral on social media, showing hundreds of men attacking a woman as she went to the park with four of her friends to celebrate Independence Day on August 14.