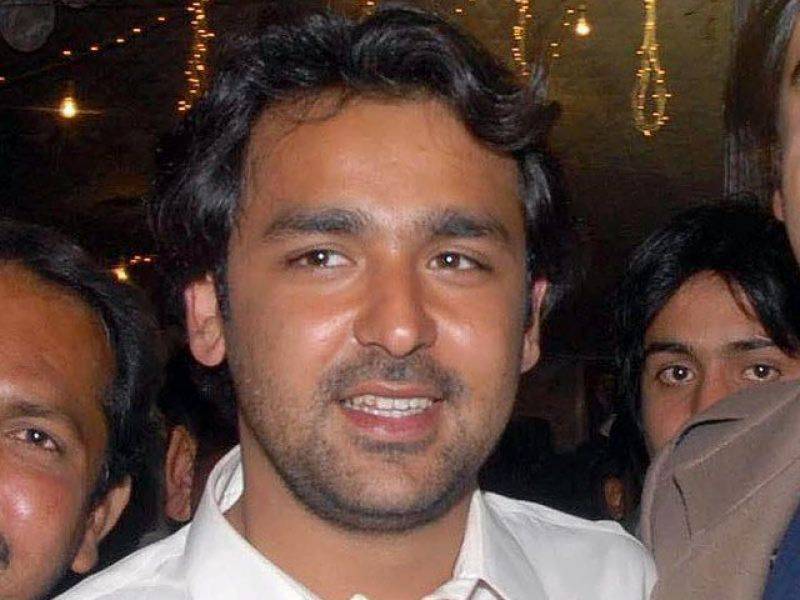 As scuffle broke out between PTI members and the security squad of PPP’s Ali Musa Gillani, PTI leader Faisal Javed Khan, the guards of the son of former prime minister fired on the party chairman Imran Khan's convoy.

"Two cars of his squad intercepted us. One of the car obstructed us, the other hit us from side. Armed guards came outside his car. One of the guard fired, luckily the fire passed overhead," adding, "then his guard approached me, opened the gate of my car, I saved myself by asking the driver to speed away from the spot."

While talking to media, Musa Gillani refuted the allegation leveled by PTI members that his squad fired on them. He maintained that had his car stopped PTI' cavalcade, it wouldn't have been hit from behind.

Both the sides have submitted applications seeking registration of an FIR against each other.

"Police was at the spot. If I had fired what it was doing there. In fact, I called Police and they took me from there to Lahore. My family was with me, my children were with me. Had my children were not with me, how dare they could have stopped me."

He said, "I will take revenge from Imran Khan. I will file case of harassment against him."

The regional police officer (RPO) Sheikhupura said they would thoroughly investigate the matter and take action against whoever was found responsible.

It is pertinent to remember that early in the evening, Imran was in Okara for a rally. Okara is at a distance of about 50 kilometres from Pattoki where Ali Musa said his vehicle was hit.