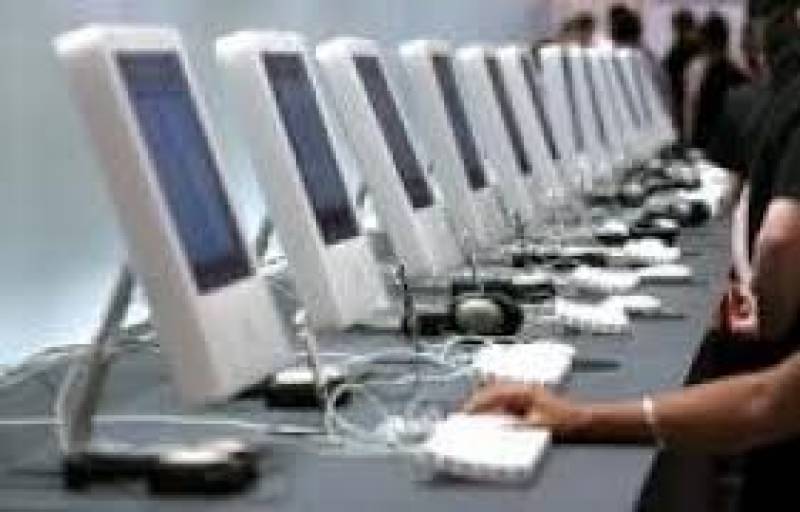 Karachi (Web Desk): The country’s IT industry is set to double by 2020, said the CEO of Pakistan’s national technology fund, increasing from the current worth of $3.5 billion to $7 billion.

Hussain, who leads Ignite, formerly known as the National ICT R&D Fund, said funding for start-ups will increase six-fold as the trend for entrepreneurship picks up in the country.

“Pakistani start-ups currently only get $50 million in annual funding, but this is expected to reach $300 million per year,” said Hussain in an interview with The Express Tribune.

He gave details on Pakistan’s exports that are divided into four groups. Pakistan’s software exports are currently worth $700 million, according to the State Bank of Pakistan (SBP). However, the country’s freelancers also earn another $1.2 billion in exports, an amount not recorded by the central bank as they are not registered.

Moreover, another $600 million in exports are from those companies that do not bring their revenues to Pakistan, while the hardware and software industry in Pakistan is worth around $1 billion, said Hussain as he broke down numbers of the $3.5-billion IT industry.

Pakistan is trying to make its place in the global setup. Perhaps, this is the reason why the country’s freelancers offer rates 30% to 50% less than the ones offered in India.

According to NASSCOM, India’s IT market size is $150 billion while Pakistan’s is just $3.5 billion.

While India’s population is seven times higher, their investment in startups ratio is also 30 times greater.

The ratio of the size of the economy is 1:10 while the market size of startups is 1:100.  This can be improved as Pakistan’s startups market can grow up to 5 times, Hussain said.

According to World Bank, an average freelancer in the world earns about $4,000 per year.

“We can take our industry to $4 billion per year through trainings. Our organisation’s goal is to train 1 million young people to work in the IT sector.”

Pakistan’s growth in the sector has been held back by security issues since terrorism hits IT exports more negatively than it does other tangible exports. Companies, which outsource services, have to keep relations for longer term and security concerns tend to play on their minds.

“They don’t like taking risks, especially when they’re associated with security concerns.”

While the Ministry of IT has made an Export Policy Map that includes technology parks, digital skills training and other incentives, youth of the country has to take an initiative, said Hussain.

The next wave of jobs will be in the Fourth Industrial Revolution (4IR) and it will need people in areas such as robotics, artificial intelligence (AI), nanotechnology, quantum computing, biotechnology, The Internet of Things (IOT), 3D printing and autonomous vehicles.

People fear that automation and artificial intelligence will eat up human jobs, but Hussain says there will be new jobs but they will require more creativeness and innovation.

About 10,000 IT graduates enter Pakistan’s job market each year, which already comprises around 150,000 professionals and a similar number of freelancers.

Meanwhile, education at formal institutions has more to do with conceptual learning and rote learning, said Hussain, adding that students do not graduate with the necessary skillset to fit into the industry.

“Such a student takes at least one year to fit into the industry, so we need to promote a learning-by-doing environment,” said Hussain who has mentored 150 startups.

The Global Competitiveness Index and Ease of Doing Business Index of Pakistan show that the country has some giant strides to make.

India has 6 big IT companies and every company has at least a $10-billion revenue a year.

Google, IBM and Microsoft have their local office in India, promoting the country’s industry through research and development.

On the other hand, Pakistan has not seen business tycoons venture into the IT industry.

“But recently, big business groups are stepping ahead to promote startups in Pakistan and this is a good sign for Pakistan’s IT industry,” he said.