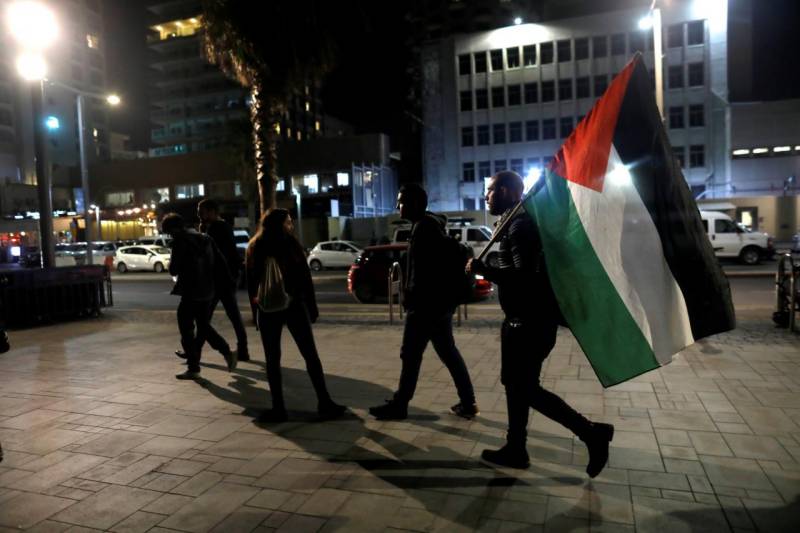 Dubai (Reuters): The Palestinian leadership may turn to the UN General Assembly if Washington vetoes a draft UN Security Council resolution to reaffirm Jerusalem’s status as unresolved, after President Donald Trump’s decision to recognize it as Israel’s capital.

The Palestinian United Nations envoy raised this option in remarks published in Saudi daily Arab News on Monday, ahead of a Security Council vote on an Egyptian-drafted resolution about Jerusalem’s status which the United States is expected to veto.

The draft says any “decisions and actions which purport to have altered the character, status or demographic composition of the Holy City of Jerusalem have no legal effect, are null and void and must be rescinded”.

Trump’s Dec. 6 decision to recognize Jerusalem as Israel’s capital and to move the US Embassy to the city has provoked widespread anger and protests among Palestinians as well as broad international criticism, including from top US allies.

Israel says Jerusalem is its indivisible capital. It captured East Jerusalem in the 1967 Middle East war and annexed it in a move never recognized internationally. Palestinians want East Jerusalem as the capital of a future state they seek in territory Israel captured a half century ago.

Arab News quoted Ambassador Riyad Mansour as saying that the Palestinians and Egyptians have worked closely with Security Council members while drafting the resolution to ensure that it gets overwhelming support.

“The Europeans in particular asked us to avoid terms like ‘denounce’ and ‘condemn,’ and not to mention the US by name,” it quoted Mansour as saying. “We acceded to their request but kept the active clauses rejecting all changes to Jerusalem and the reaffirmation of previous decisions.”