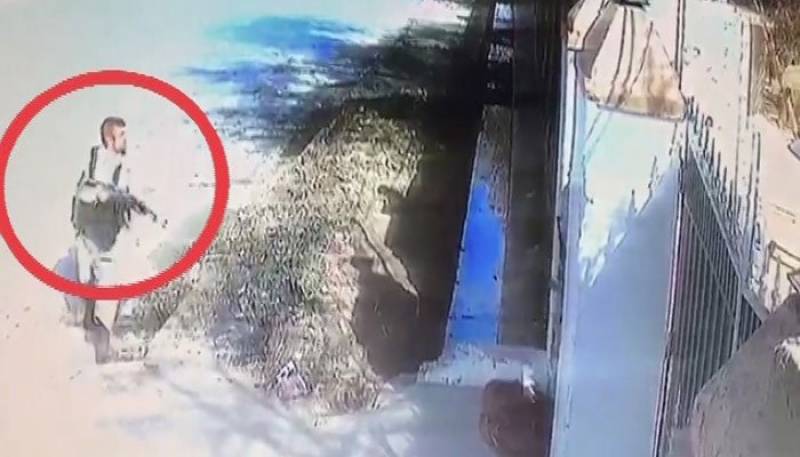 Quetta (Web Desk): A CCTV footage of Sunday’s terrorist attack on Bethel Memorial Church, Quetta, shows how the suicide bombers stormed into the church’s premises and how security personnel foiled their nefarious plot due to timely action.

In the video, two suicide bombers can be seen trying to jump over the walls of the church premises. One of the terrorists jumped inside first, and opened the gate for the other bomber.

However, a security guard sprung into action and shot one of the bombers, rendering him incapable of proceeding with his plot.

Nine people were killed and more than 50 were injured in the terrorist attack, which was carried out when Sunday’s services were underway at the church.

The officials reported that the two suicide bombers were between the ages of 16 and 20. The suicide jacket which was defused contained 15 kilogrammes of explosive material.

Inspector General Police (IGP) Balochistan, Moazzam Ansari confirmed to media that 400 people were present inside the church at the time of the attack and a major tragedy was avoided due to the quick response of security forces.