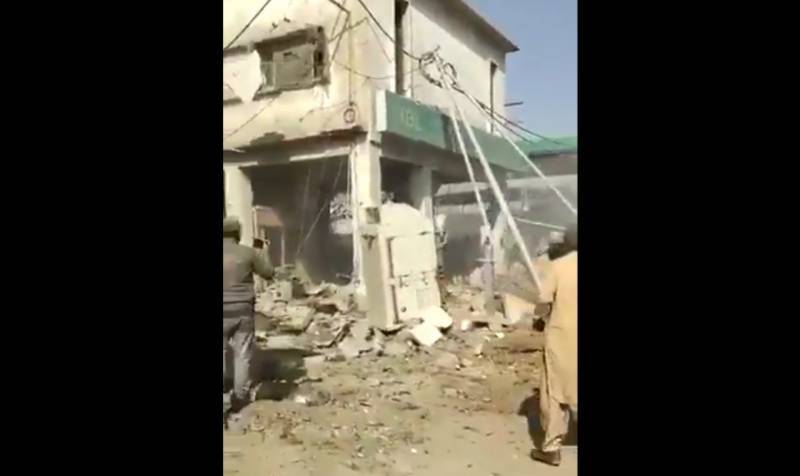 Karachi (Staff Report/Agencies): At least 14 people lost their lives and dozens other were injured in a blast that occurred provincial capital’s Sher Shah Paracha Chowk area on Saturday.

According to details, the blast took place in a nullah (drain) located in the area and caused immense damage to the building of a private bank which was constructed on the drain.

As per the initial report of the Bomb Disposal Squad (BDS), the explosion was caused by a build-up of gas in the sewerage line.

Rescue officials arrived at the scene to shift the injured to the Civil Hospital for treatment.

The police spokesperson also said no evidence of terrorism had been found at the site of the blast yet.

Earlier, officials reached the site of the explosion and cordoned off the area, Sindh Rangers said in a statement.

Sindh Chief Minister Syed Murad Ali Shah took notice of the blast and directed commissioner Karachi to conduct an inquiry into the incident and submit a report over its findings, a spokesperson of the chief minister said.

“Police officers should be included in the inquiry so that all aspects [of the blast] can be investigated, "the chief minister said, expressing deep sorrow over the loss of lives in the blast.

The Sindh CM issued instructions to the secretary of health to provide necessary facilities to the injured at the Civil Hospital immediately.