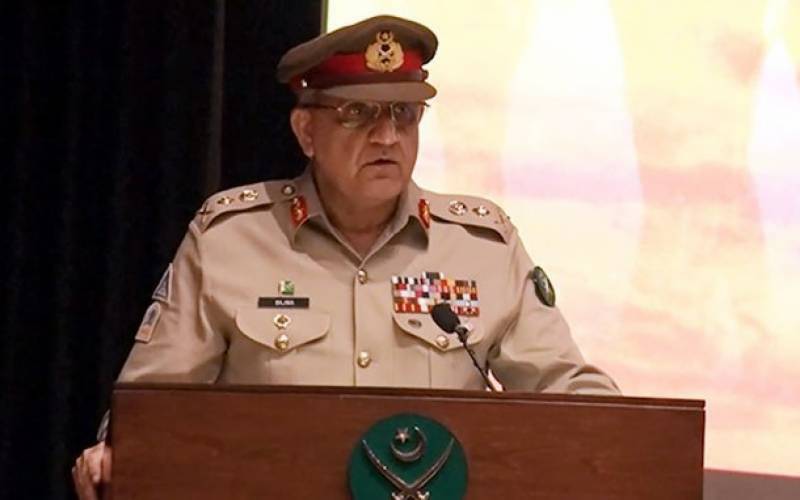 According to the Inter-Services Public Relations (ISPR), the COAS was talking to Special Representative of Germany for Afghanistan and Pakistan Jasper Wieck, who called on him in Rawalpindi.

The COAS said Pakistan values Germany’s role in global and regional affairs and we look forward to enhance our bilateral relationship.

He underscored the importance of peace and reconciliation initiatives in Afghanistan.

During the meeting, matters of mutual interest, regional security, and current situation in Afghanistan and collaboration in humanitarian measures were discussed.

As per the ISPR, matters of mutual interest, enhanced defence and security cooperation, regional security, the current situation in Afghanistan and collaboration and partnership in humanitarian measures were discussed during the meeting.

“Pakistan values Indonesia’s role in global and regional affairs and we look forward to enhancing our bilateral relationship,” the COAS said.

“COAS stressed upon the urgency for swiftly devising an institutional mechanism for channelling humanitarian assistance to Afghanistan in order to avert a looming humanitarian catastrophe,” the statement added.

He also underscored the importance of peace and reconciliation initiatives in Afghanistan.

The army chief emphasised that peaceful resolution of the Kashmir dispute is essential for stability in South Asia, the ISPR said, adding that Gen Bajwa also reiterated that Pakistan wanted cordial ties with all its neighbours in pursuit of regional peace and prosperity.

The Indonesian FM appreciated Pakistan’s role in the Afghan situation, special efforts for border management, role in regional stability and pledged to play her part for further improvement in diplomatic cooperation with Pakistan at all levels, the ISPR statement said.