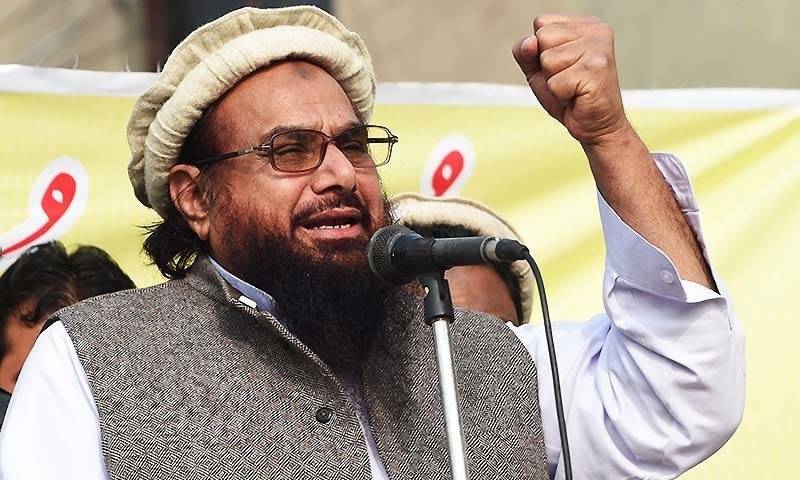 Lahore (Agencies): Authorities have placed the names of Jamaatud Dawa (JuD) chief Hafiz Muhammad Saeed and one of his close aides, Qazi Kashif, under fourth schedule of the Anti-Terrorism Act (ATA) and the Exit Control List (ECL).

According to Counter Terrorism Department (CTD), their names have been added to the list of the 1,450 ‘fourth schedulers’ after Interior Ministry’s order.

“The men were identified by the interior ministry as ‘active members of the Jamaatud Dawa and Falah-i-Insaniyat.’ The ministry directed the CTD to ‘move and take necessary action’ against them.”

Saeed was placed under house arrest on January 30 and his name has also been put on the ECL.