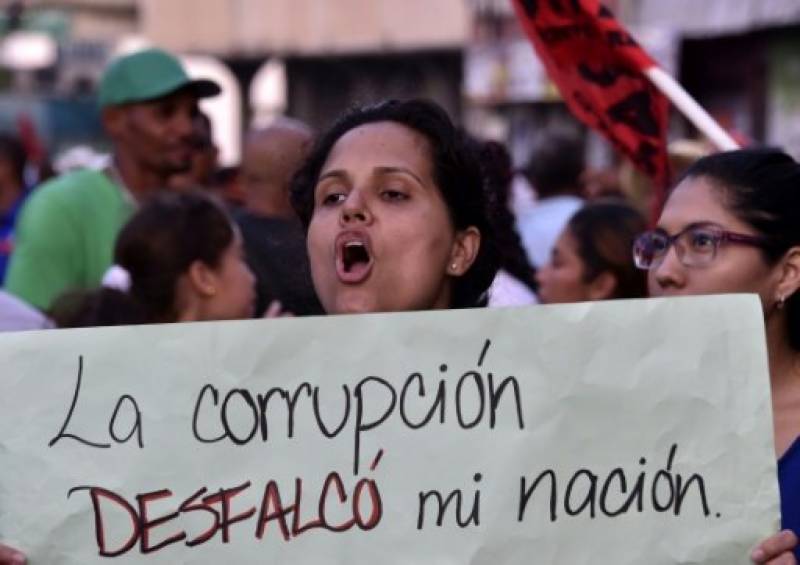 Panama City: Thousands marched in Panama to protest a scandal over huge bribes paid by a Brazilian company in exchange for public contracts.

"No more governments of thieves and the corrupt," read some placards as the crowd moved through the centre of the capital to the Congress building.

The scandal surrounding the Brazilian company Odebrecht, which US authorities said paid $59 million in bribes in Panama between 2010 and 2014, was just "the tip of the iceberg," he said. Odebrecht has admitted to paying $788 million in bribes to win fat construction contracts in 12 countries. It has agreed with the US Justice Department to pay a world record $3.5-billion fine.