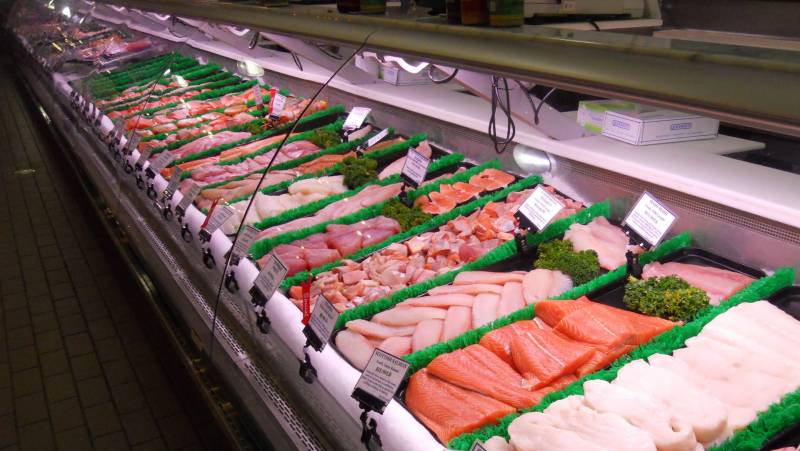 Karachi (APP): Pakistan will start the export of seafood to the Xinjiang Uygur autonomous region using a land route that China will use to ship oil and natural gas from the Middle East.

Frozen seafood will depart Pakistan’s Gwadar Port on the shores of the Arabian Sea in container trucks and enter China via the Khunjerab Pass, a land port in southern Xinjiang’s Kashgar prefecture, a more than 1,500-kilometer journey, the China Daily reported.

After a successful trial last month, regular shipments are to start on April 1, according to Mufeng Biological Technology, which will ship products from its cold-storage distribution center near Khunjerab, a seasonal port open eight months of the year.

“It takes about 10 days for the seafood to be transported and cleared by customs on the land route,” said Chen Haiou, company chairman. “Normally, it takes more than 30 days to transport seafood by sea from Pakistan to ports in South China’s Guangdong province.”

Last month, the company shipped 7.46 tons of seafood, including squid, shrimp, pomfret and bonefish, from Khunjerab to be sold at markets in Urumqi, capital of Xinjiang, as well as Beijing and Shanghai. “We will focus on importing seafood that is in highest demand in Xinjiang,” Chen said. “The wholesale price of those products will drop by 10 to 20% after the shipments become regular.”

China is Pakistan’s biggest seafood importer, with about 75% of the country’s shrimp products sold to China, he said, adding that his company is also considering shipping live seafood.