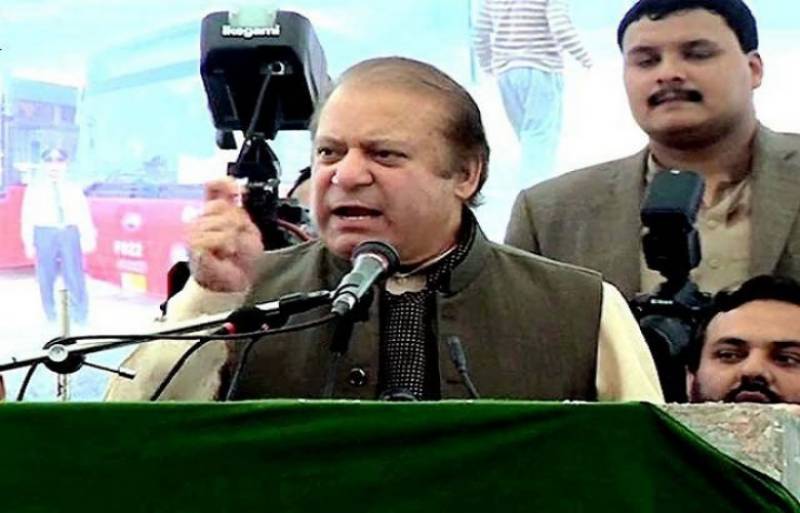 While addressing the public rally at company Bagh in Sheikupura, Nawaz said that he was deposed over putting the country on the path of development and prosperity.

“You have welcomed a disqualified prime minister today,” he said, asking the party supporters if he is in fact ‘disqualified’. Nawaz complained that he wasn’t allowed to complete his five-year tenure despite being elected for that time period by the people.

“But, Nawaz Sharif is not scared of anyone but the almighty and we will change the 70-year-old history … everyone will have to respect the sanctity of vote so that a handful of individuals cannot oust the elected prime minister of 200 million people again,” he remarked.

Look at this ! On the way to Sheikhupura pic.twitter.com/x6dzCN72Qy

The deposed prime minister said that ballot boxes of those waiting for umpire’s finger will remain empty and the masses will take revenge from those responsible for ousting him as the premier.

Nawaz's daughter, Maryam, took the stage before her father asking whether his supporters agreed with the Supreme Court's decision to disqualify him as prime minister.

Tajik president to reach Pakistan on Wednesday for two-day visit