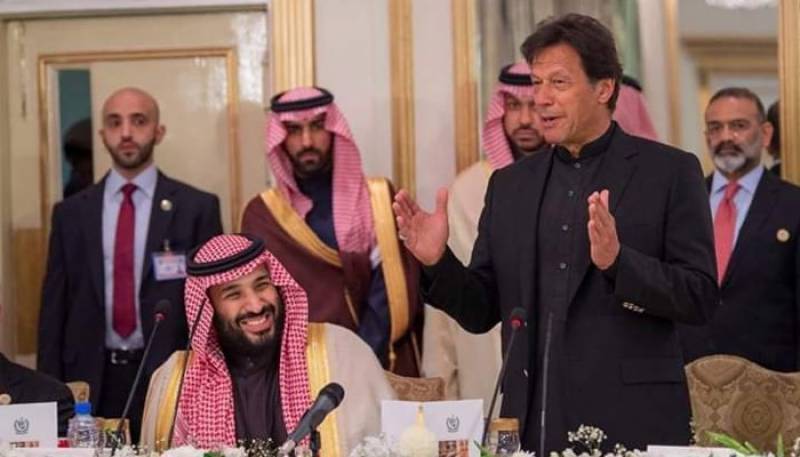 Islamabad (Staff Report/Agencies): Saudi Crown Prince Mohammad bin Salman has said that Pakistan is a "dear country" to all Saudis and that the two countries "have walked together in tough and good times".

Addressing a reception dinner at Prime Minister House hours after arriving in Pakistan, the crown prince — known as MBS for short — expressed optimism about the economic future of Pakistan, saying his country had been waiting for a leadership like that of PM Khan to partner with Islamabad in various areas.