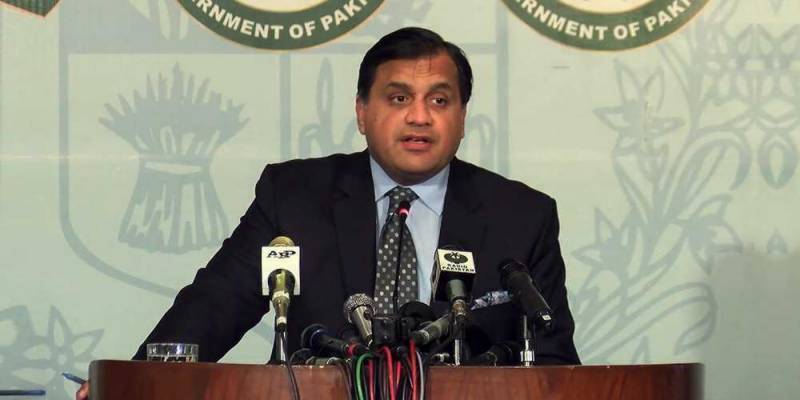 Islamabad (Agencies): The foreign office on Monday said that Pakistan has called back its high commissioner in India for consultations in the aftermath of the Pulwama attack.

According to a tweet by Foreign Office spokesperson Dr Mohammad Faisal, "We have called back our high commissioner in India for consultations."

We have called back our HIgh Commissioner in India for consultations.

He left New Delhi this morning .

The already tense relations between the two countries further worsened after New Delhi blamed Islamabad for the Pulwama attack.

On February 15, Pakistan had strongly rejected any insinuation that sought to link the attack to Pakistan without investigations.

On Saturday, Foreign Secretary Tehmina Janjua met with the ambassadors from the European at the Foreign Office in Islamabad and underscored Pakistan’s position on the Pulwama attack in Indian occupied Kashmir.

The foreign secretary categorically rejected Indian government remarks of Pakistan’s involvement in the attack. She also raised the issue of gross human rights violations by the Indian occupation forces in occupied Kashmir.

Pakistan strongly condemned the continuing attacks on Kashmiris, in the aftermath of the Pulwama attack in Occupied Kashmir.

In a tweet on Saturday, Foreign Office (FO) spokesperson Dr. Mohammad Faisal said, Pakistan strongly condemns the continuing attacks on Kashmiris in the aftermath of the Pulwama attack.

Some 44 Indian paramilitary personnel were killed last week when an explosives-packed van rammed a convoy transporting 2,500 security forces in Pulwama.